General Hospital Spoilers: Will Lulu Spencer Live Or Die In The Explosion? 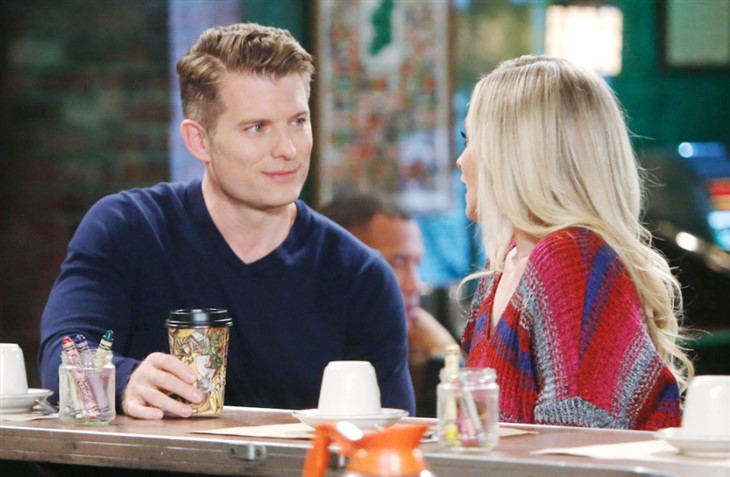 General Hospital spoilers tease that Lulu Spencer (Emme Rylan) will leave the canvas of GH very soon, with the exit of her portrayer Port Charles, NY Emme Rylan. But will Lulu live, and leave Port Charles, or will she die as part of the collateral damage that Julian Jerome (William DeVry) was trying so hard to prevent from the “special delivery package” from Cyrus Renault (Jeff Kober) meant to kill Jason Morgan (Steve Burton)?

General Hospital Spoilers – It Would Be Horrible If Lulu Spencer Dies!

It would be horrible if Lulu dies, and it really makes no sense to the storyline; Dante Falconeri (Dominic Zamprogna) just returned, and with him drama between Lulu, Dante, and Dustin Phillips (Mark Lawson)! Plus, Laura Collins (Genie Francis) just got Nikolas Cassadine (Marcus Coloma) back from “the dead” only a year ago! General Hospital fans are wondering if the show’s powers that be are cutting off their nose to spite their face!

Still, there are some intriguing clues that could point to the beloved character’s untimely death, quite possibly in the explosion that is meant to kill Jason. For one thing, there is the custody of Charlotte Cassadine (Scarlett Fernandez) that Valentin Cassadine (James Patrick Stuart) has been talking to Attorney Martin Gray (Michael E. Knight) about, should something untoward happen to him. He wants Charlotte to be raised by Nina, not by Lulu.

Of course, should something happen to Lulu both Laura and Nikolas may have something to say about that! But it does raise the question if this could have been a clue to Lulu’s possibly no longer being around to raise her and Valentin’s daughter. Rocco Falconeri (O’Neill Monahan) would either be raised by Dante or possibly grandma Olivia Falconeri Quartermaine (Lisa LoCicero) and Laura co-parenting if Dante’s healing from brainwashing and PTSD doesn’t hold up.

Lulu being blown up in an explosion could throw Dante off the deep end, and Laura as well for that matter! Plus, Laura will be having to deal with something from her past coming back to haunt her as well, along with Scott Baldwin (Kin Shriner). Longtime GH viewers will recall that Laura dealt with her own PTSD and becoming catatonic when traumatic memories came back to haunt her before!

GH Spoilers – Julian Jerome Didn’t Want Anyone Becoming Collateral Damage – So There Will Be!

Then there’s the insistence by Julian to Cyrus that he didn’t want any collateral damage and had refused to deliver the bomb that is supposed to kill Jason. Cyrus countered with proof he had eyes on all of Julian’s family, and Julian was backed into a corner! All daytime drama lovers know when someone doesn’t want collateral damage that it’s a sure sign there will be some, just like when someone supposedly dies and there’s nobody, they always come back!

Let’s hope this common soap trope applies to poor Lulu if she does “die”! This is what we know; there will be an explosion, and Julian will be forced to witness that it caused collateral damage – possibly even involving some of his own loved ones and friends.

Emme Rylan’s last filming date was about three weeks earlier than William DeVry’s, so GH fans will see Emme’s last portrayal of Lulu about three weeks before Wil’s last portrayal as Julian. There is a good chance that Lulu unfortunately will be part of that collateral damage, and either she will be “killed off” as the saying goes, or possibly burnt and injured badly enough to be off the GH canvas for quite a while.