The Young and the Restless Spoilers: Why Adam’s the Better Newman Brother For Phyllis – GC Outcasts Get Steamy? 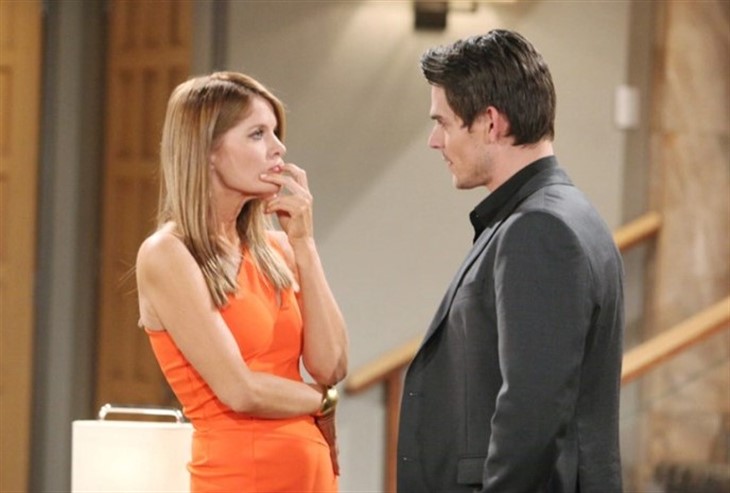 CBS The Young and the Restless (Y&R) spoilers tease that in Genoa City, Wisconsin Phyllis Summers (Michelle Stafford) and Nick Newman’s (Joshua Morrow) relationship could be headed for serious trouble. Phyllis blew it big time by keeping quiet about Faith Newman’s (Alyvia Alyn Lind) drinking, which set up a very revealing fight in the November 17 episode.

In that episode, Phyllis brings up her flaws and suggests the real problem is that Nick can’t change her. That could become an even bigger part of the story down the road. After all, Phyllis’s flaws certainly aren’t going away. She is who she is – take her or leave her!

The Young And The Restless Spoilers – Phick Crumbles

There’ll inevitably be more mistakes and more opportunities for Nick to judge Phyllis for them. Phyllis could end up feeling pretty down on herself as “Phick” crumbles little by little. Although Nick and Phyllis will patch things up following their latest fight, they’ll just be slapping a bandage on their issues.

The deeper matter here maybe if Phyllis and Nick are even compatible! Some might say Nick balances, Phyllis, out in many ways, but they’re also incredibly different – may be too different to have a long-lasting relationship. Does Phyllis need someone who’s more accepting of her shortcomings and doesn’t try to change her?

Of course, there’s another Genoa City resident who’s deeply flawed and feeling like a total reject right now. Y&R fans know that’s Adam Newman (Mark Grossman). He’s made some mistakes of his own – far bigger ones than Phyllis lately.

Chelsea Lawson (Melissa Claire Egan) is tempted to be with Adam anyway, but Chloe Mitchell (Elizabeth Hendrickson) will keep working hard to prevent a “Chadam” reunion. As for Sharon Newman (Sharon Case), she can’t reconnect with Adam, or else she’ll risk making matters worse for Faith Newman (Alyvia Alyn Lind).

Sharon also happens to be engaged to Rey Rosales (Jordi Vilasuso) and really wants to make this romance work. If Chelsea drags her feet on forgiving Adam and Sharon remains taken, it’s easy to see how Adam could get frustrated. Adam may find himself feeling like no one can accept his flaws – much like Phyllis can’t live up to Nick’s impossible standards.

Could this be the perfect time for a Phyllis and Adam hookup? Should some “Phadam” passion erupt? It seems like it’d be the ideal way to totally shake up this Young and the Restless storyline and lead it to some intriguing places. It’s easy to imagine a night of drinking leading to reconnection and paving the way for some steaminess.