General Hospital Spoilers and Rumors: Michael Goes Back To Sasha, But Still In Love With Willow? 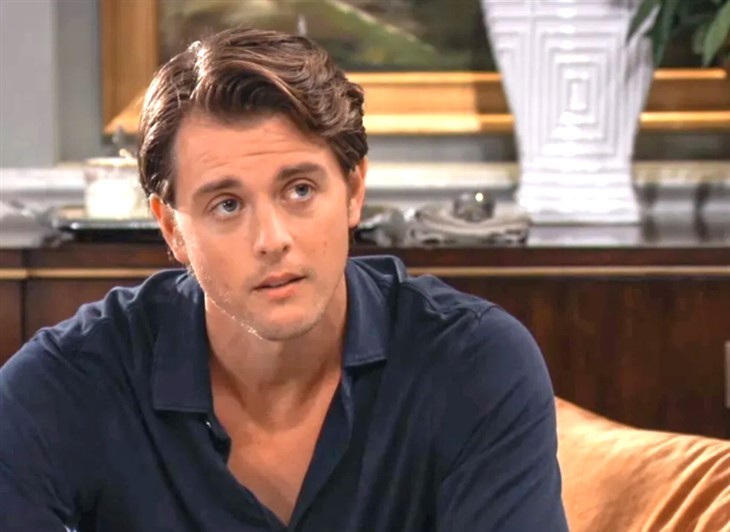 General Hospital (GH) spoilers tease that in Port Charles, NY the truth has finally come out! Sasha Gilmore (Sofia Mattson) and Harrison Chase’s (Josh Swickard) phony affair that they concocted to push Michael Corinthos (Chad Duell) and Willow Tait (Katelyn MacMullen) together is out and the open. But what does that mean for the couples involved now that the truth is out? It’s a complicated situation and feelings may have shifted.

After months of keeping a friendly distance, Willow and Michael made love and decided to put their annulment on hold. But then they received the news that Sasha had overdosed and was taken to GH. It was there that Michael and Willow separately learned the truth!.

Both Willow and Michael had mixed emotions, ranging from anger to relief. But Michael’s comment to a comatose Sasha may be an indication of what happens next. Michael told Sasha that he owed her a debt that he didn’t know how he could ever repay.

Since the split with Michael, Sasha’s life has fallen apart. She eventually turned to drugs and got involved with Cyrus Renault (Jeff Kober). Even if Sasha survives, she has a long road ahead of her.

It seems likely at this point that Michael will feel such gratitude for Sasha’s actions that he will reconcile with his ex, even if he’s actually in love with Willow. Sasha would never want Michael back if he truly loved Willow, so it may be a case where Michael denies his true feelings in order to help Sasha when she needs it the most.

General Hospital Spoilers – Willow May Go Back To Chase

But what about Willow? Since she and Michael just made love, she seemingly has started to move on from her feelings for Chase. But so much has happened between the four of them. She accused Chase of playing God when he told her the truth. But she and Michael might agree that Sasha needs him more than she does at the moment. She might even find herself back with Chase. But what if Willow turns up pregnant with Michael’s baby? Where will they go from there?

Will Michael go back to Sasha even if he is in love with Willow? Can Willow forgive Chase? Will Sasha even survive her overdose? And what will happen if Willow discovers that she is pregnant? Exciting times are coming in Port Charles, so stay tuned to General Hospital airs weekdays on ABC. And don’t forget to check back here regularly for all your General Hospital news, information, and spoilers.