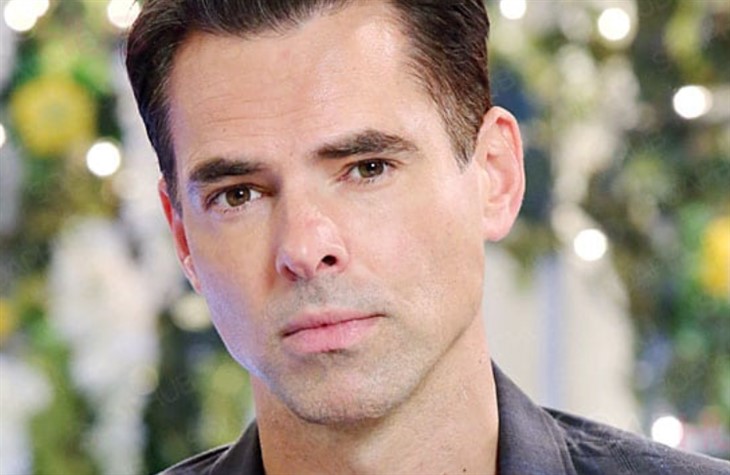 The Young and the Restless star Jason Thompson who plays Billy Abbott in Genoa City, Wisconsin on the popular Daytime Soap is celebrating a birthday today. (November 20, 2020) In celebration of his birthday, we decided to compose 5 things you need to know about Jason.

Enjoy The List And Make Sure To Head Over To Twitter, RIGHT HERE, And Wish Jason A Very Happy Birthday!

GH Spoilers: He Debuted On General Hospital In 2005

1. Jason was born Jason Craig Thompson on November 20, 1976, and he is a Scorpio. The Canadian actor has portrayed Billy Abbott on the CBS sudser The Young and the Restless since 2016. Prior to joining Y&R, he debuted on General Hospital in 2005 as arrogant neurosurgeon Dr. Patrick Drake.

In 2007, Jason joined the cast of the General Hospital spin-off General Hospital: Night Shift; he pulled double duty on both GH’s! On April 1, 2015, Jason had the honor of portraying legendary GH character Steve Hardy in a flashback for the show’s 52nd anniversary.

2. Jason was discovered at the age of 16 by model scout Kelly Streit of mode models. Two years later he left home for a modeling career. During his time modeling, he did three high profile television commercials for Gap in 1999. But he always wanted to be an actor!

3. Jason eventually collected a ton of television, film, and theater credits including lead roles in the plays The Academy, More Than You, and Jakob. His film credits include Wishmaster: The Prophecy Fulfilled and Divide. His tv credits include Felicity, Flipper, and Castle. Without a doubt, his most well-known role was that as one-half of Scrubs on GH—but his role as Billy Abbott is gaining traction!

GH Spoilers: He Was Nominated Five Times In The Outstanding Lead Actor In A Drama Series

4. Jason’s Dr. Drake was the son of Noah Drake (Rick Springfield). In one plot Patrick donated a part of his liver to save his father’s life. Patrick and Dr. Robin Scorpio became a super couple and now live off-screen. Thompson last appeared on GH on January 7, 2016.