The Bold And The Beautiful Spoilers: Thomas Gets Signals Hope’s Not Sending – Liam Becomes Desperate To Save Wife 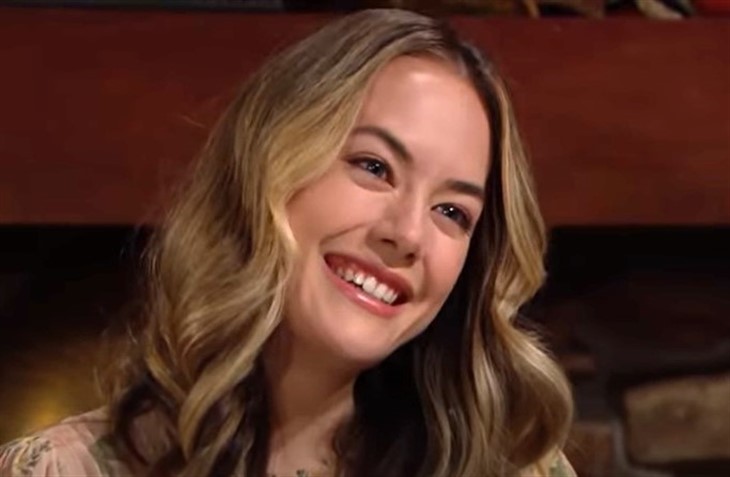 The Bold and the Beautiful spoilers document that in Los Angeles Hope Spencer (Annika Noelle) is sending signals to Thomas Forrester (Matthew Atkinson). But unlike the messages Thomas is sending to himself via the mannequin, Hope isn’t telegraphing an interest in romance.

Hope continues to encourage Thomas’s quest to redeem himself and compliments real and perceived progress. She’s sincerely optimistic that he’s made significant strides and sees repeated evidence that he’s centered his life. However, viewers and Thomas know that Hope has only been able to see part of the pencil sketch.

Hope’s connection to Thomas is through Douglas Forrester (Henry Samiri), which is what Atkinson’s character fronted as wanting when he and his son initially returned from New York. The period following Caroline Spencer’s (Linsey Godfrey) death was truly hard for this single father and his grieving son, which allowed an angle to be worked.

But everyone has come a long way from then to now, including Thomas. The hallucinations he’s having represent some type of undiagnosed condition. It’s causing him to believe a Hope-like mannequin is telling him to eliminate Liam and that the real Hope still wants him.

Hope’s upbeat attitude and recognition of the efforts Thomas is actually making, despite the internal pressure he’s feeling, are enabling whatever problem he’s having to persist. So, parenting progress is a partial mirage.

Thomas continues to say that he should return the mannequin. But Hope just told him that if it’s able to inspire the incredible designs he’s been creating, then it should stay with him.

This storyline was forwarded through the above conversation at the cabin. Viewers know that means the mannequin arc will likely play on for a while.

B&B fans have seen that Thomas is far more vulnerable to experiencing delusions when he’s alone in his apartment, but he’s also heard voices at Forrester Creations when he was with other people. With all things considered, this malady, whatever it may be, hasn’t taken total control of him yet, as he experiences periods of clarity.

The Bold And The Beautiful Spoilers – Liam Spencer Unable To Relent

Steffy Forrester (Jacqueline MacInnes Wood) will never see Thomas as Liam Spencer (Scott Clifton) does. She’s Thomas’ sister and, as of the moment, has fallen deeply in love with John Finnegan (Tanner Novlan).

As for Liam, viewers are glad that he’s remaining vigilant. Thomas is in serious danger and he also represents an unstable threat to others.

So, Liam’s watchful eyes at least allow him, along with Charlie Webber (Dick Christie), to stay on the case. Whenever and however this situation is resolved is worth the watch.