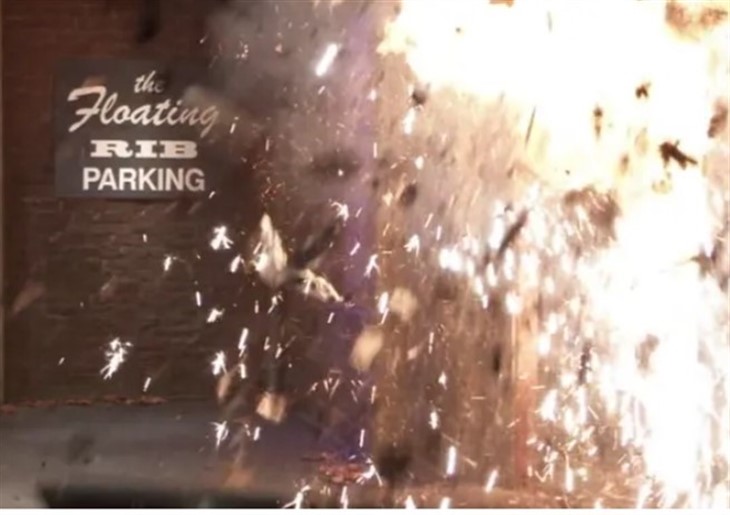 ABC General Hospital spoilers tease that in Port Charles, NY hot on the heels of the show’s explosive Friday Cliffhanger, Monday’s episode sizzles with spectacle, angst, and blistering action—you don’t want to miss a single minute of the fiery drama!

Spoiler alert: we are about to venture into uncharted territory, and tell you in advance what you can expect to see unfold when your favorite daytime drama returns on Monday, November 23.

General Hospital Spoilers – Who Lives And Who Dies?

General Hospital spoilers for Monday, November 23, 2020 tease that Dante Falconeri (Dominic Zamprogna) is on the scene when the explosion happens. He whips out his trusty cell and sends a mayday call, but is it too late?

Inside the Floating Rib, dozens of innocent people are covered in debris from the detonation of Cyrus Renault’s (Jeff Kober) evil bomb. This includes Dante’s ex Lulu Falconeri (Emme Rylan) and her current, Dustin Phillips (Mark Lawson). Each man is desperate to save the investigative reporter.

Meanwhile, Sam McCall (Kelly Monaco) arrives on the heels of her failed intervention with boozy mom Alexis Davis (Nancy Lee Grahn). She screams for Jason Morgan (Steve Burton) and their son, but did either of them survive?

The intervention goes on without Sam as Alexis’ bestie Diane Miller (Carolyn Hennesy) pleads with the disbarred lawyer to snap out of it.

Elsewhere Laura Collins (Genie Francis) fills mob boss Sonny Corinthos (Maurice Benard) in on a little secret: Cyrus wants to take her down. Before he can do anything they get word that the Rib is now charbroiled.

General Hospital Spoilers – Port Charles Is The Scene Of Chaos

Tons of peeps mob the Rib wanting to know what happened and if everyone is all right. Mac Scorpio (John J. York) takes charge of Laura while Sonny barges in and finds someone important to him. Viewers will see him plead with someone not to die—who in the world is it? Do we know Dev Cerci (Ashton Arbab) is there but is Sonny torn up about someone else?

Elsewhere the news hits General Hospital, and Portia Robinson (Brook Kerr) blabs that there was an explosion at the popular watering hole. Carly Corinthos (Laura Wright) hears this and instinctively knows that someone she loves could be seriously injured. Will she sit tight or race off making things worse?