The Young And The Restless Spoilers: Adam Lock Up Brings Chelsea’s Love & Loyalty – Sharon Gets The Blame 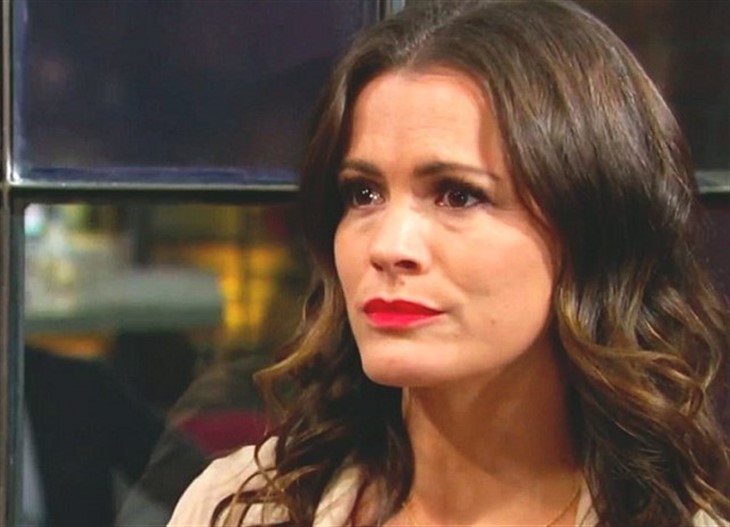 The Young and the Restless spoilers document that in Genoa City, Wisconsin Chelsea Lawson (Melissa Claire Egan) is no longer definitely done with Chadam. She decided to leave Adam Newman (Mark Grossman) forever, but that was before he suddenly materialized inside the Chancellor mansion.

It took some soapy magic to reignite a couple whose relationship was clearly on life support. But Adam pushed enough buttons and then Rey Rosales (Jordi Vilasuso) was too accusatory with Chelsea. As a result Adam once again became a sympathetic figure in Chelsea’s mind and more importantly in her heart.

Young And The Restless Spoilers – Adam Newman Is Overwhelming

Chelsea loves Adam and he knows it. Sharon Newman (Sharon Case) still loves Adam in an undefined way and Rey knows it.

The problem for Chelsea isn’t nearly as bad as it is for Sharon. Chelsea isn’t engaged to marry another man on New Year’s Eve like Sharon is.

Adam has successfully convinced Chelsea to keep him in her mind. Then, in an unsurprising development, Victor Newman (Eric Braeden) told Sharon that she was the only person who could help Adam and she agreed to do so.

The Young and the Restless Spoilers: Why Adam’s the Better Newman Brother For Phyllis – GC Outcasts Get Steamy?

Chelsea’s tie to Adam is far deeper than Sharon’s, no matter what Case’s character or Grossman’s believe. Chelsea is Connor Newman’s (Judah Mackey) mother, which gives her an infinite one-up over Sharon.

The Chadam family is something that Adam wants to reclaim. He’s not lying about that, but also isn’t being honest with himself. While he loves Chelsea, it does seem that Sharon clearly represents his more passionate romantic memory.

Adam wants to get back together with Chelsea because he thinks that Sharon has decided to be with Rey. This factor also makes Egan’s character believe that she can resolve matters with Adam eventually.

The Young And The Restless Spoilers – Sharon Newman Is Uniquely Positioned

Sharon knows what it’s like to suffer from mental health problems. Adam, whose past actions led to some of her bouts with instability, was also the person who ensured that Sharon received needed psychological treatment. That led to her initial bipolar diagnosis a number of years ago.

Adam is currently engaging in another self-destructive streak. If he’s able to get treatment and honestly tries to implement what he learns upon his release, then he should reform Chadam with Chelsea’s help, which he’s already asked for. But he can not pursue Sharon, as that will create an uproar and break both couples if Case’s character responds.