The Bold And The Beautiful Spoilers: Annika Noelle Protective Of Mannequin, Don’t Get Rough With The Doll! 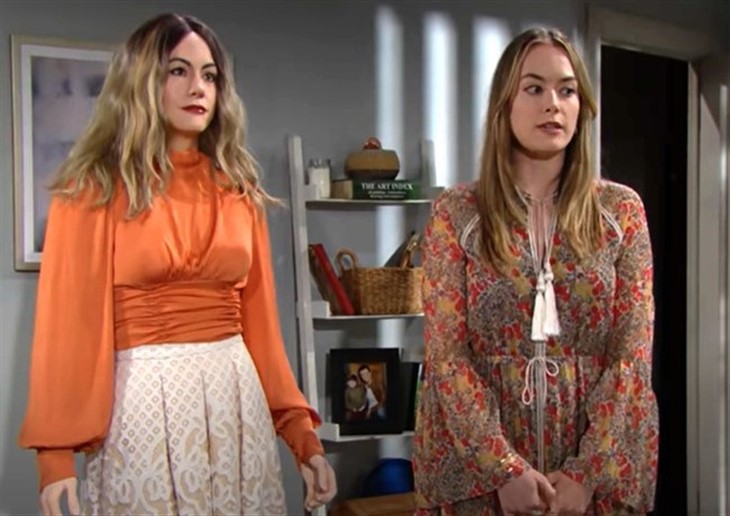 The Bold and the Beautiful spoilers reveal that fans have different reactions to Thomas Forrester’s (Matthew Atkinson) hallucination storyline. As for actress Los Angeles actress Annika Noelle, who plays Hope Logan, she has become like a mother to the doll. She admits to being “very protective” of the mannequin and doesn’t like it when crew members are “rough” with Hope #2.

B&B spoilers reveal that head writer and executive producer Bradley Bell said the mannequins would get their own story. Everyone thought he was joking, but apparently, he was being serious. We are now watching as a mannequin that looks just like Hope is talking to Thomas. Last week, we even saw the mannequin start to move like a robot.

Viewers are not the only ones completely creeped out. Atkinson had his own frightening experience with the mannequin. He told Soap Opera Digest that he thought Noelle was sitting on the couch in the dark. He started speaking to her, but she didn’t say anything. As he got closer, he “literally got scared” when he realized he was talking to a doll.

The Bold And The Beautiful Spoilers: Finn’s Unexpected Arrival Shocks A Disoriented Thomas Back To Reality!

The Bold And The Beautiful Spoilers – Annika Noelle ‘Very Protective’

The Bold and the Beautiful spoilers reveal that Noelle has become “weirdly very protective” of the mannequin. She told the publication that she almost feels like its mother. She gave the magazine an example,

“I’m weirdly very protective of her. Like, if the crew guys are being a little rough with handling her, I’m like, ‘Watch out! Watch her head!’”

One reason why Noelle is so protective of how the crew guys handle the mannequin is because she is already losing her head. The mannequin’s head has fallen off more than once, so Hope #2 is definitely being used quite a bit! Before we know it, they are going to start losing all her other limbs, too!

What do you think of Thomas Forrester’s hallucination storyline? What is your opinion on Annika Noelle becoming very protective of the life-sized doll that looks just like her? What do you predict is going to happen with the storyline, especially as Hope gets closer to Thomas and Liam Spencer (Scott Clifton) freaks out over his wife’s alleged “betrayal?”

The Bold And The Beautiful (B&B) Spoilers: Steffy Is Making A Huge Mistake With…