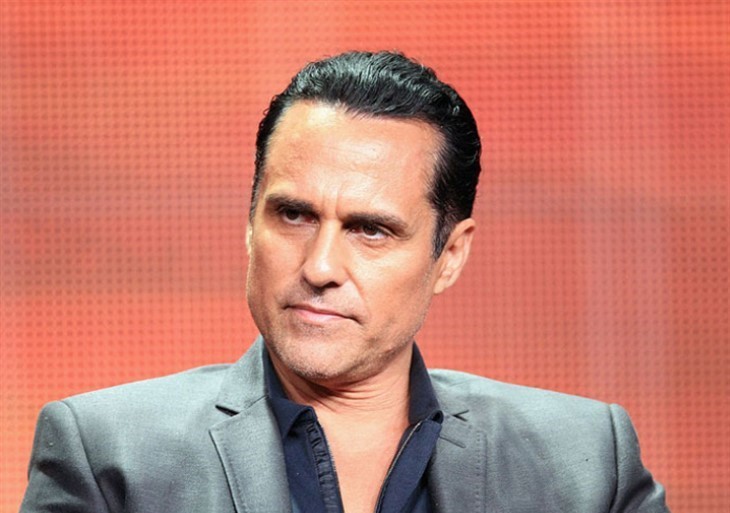 General Hospital spoilers tease that Maurice Benard’s new storyline will be something he has never done before either on and off GH! Rumor has it that in Port Charles, NY Sonny’s going to have amnesia!

General Hospital Spoilers – Sonny Corinthos With Amnesia? How? When?

One has to admit it would be pretty awkward for Sonny to develop amnesia when he’s busy trying to take down Cyrus Renault (Jeff Kober)! This would be the worst time imaginable for something like this to happen! Based on spoilers that have been released by General Hospital showrunners for the next week or so, he will not suffer a head injury due to the explosion at the Floating Rib.

Sonny was not in the restaurant when it exploded, although Dante Falconeri (Dominic Zamprogna) was outside and will assist in search and rescue. He called 911, and he may call Sonny about the blast. Sonny is shown in previews for the episode right after the blast episode begging someone not to die on him is likely the General Hospital emergency room, and spoilers say that he will be devastated. It sounds like he may lose a loved one as a result of the explosion; and this is very soon after losing his father, Mike Corbin (Max Gail).

Mike’s death was expected eventually, but it affected Sonny deeply nonetheless. This possible death will be totally unexpected, and it will likely be one of two people; his former daughter in law Lulu Spencer (Emme Rylan) who is at the very least seriously injured and likely in a coma, or it could be Dev Cerci (Ashton Arbab) who discovered the backpack with the bomb and would have been much too close to the booth where Julian Jerome (William DeVry) left it under the seat.

Lulu, sitting with Dustin Phillips (Mark Lawson) was a couple of booths away and she appears to be crushed under rubble as does Dustin, although he will revive. Sonny’s amnesia may not come in the next few weeks – but perhaps sometime in December.

Sonny could develop amnesia as a result of emotional overload, leading to a form of post-traumatic stress disorder. This can cause a person to block out not only specific incidents but everything for a certain period of time! Of course, Sonny could be shot in the head but he’s been shot before both on General Hospital and other television shows and made for TV movies he’s made. Maurice says it’s something he’s never acted out before on any show!

Sonny has had a chip on his shoulder for many years because of the abuse he suffered as a young boy at the hands of his stepfather Deke Woods (an uncredited character in Sonny’s flashbacks) but he never blocked anything out. He remembered EVERYTHING. Chances are, even though Sonny knows in his head he has to remain the strong leader of his family, and by the end of this week will only want what’s best for his family, the amount of grief and loss maybe even too much for him!

Sonny very well could crack under the pressure emotionally and possibly mentally, and develop amnesia! Or, here’s another scenario to consider; Cyrus could manage to have Sonny’s bipolar meds switched for another drug that could either cause amnesia or incapacitate him, in an effort to kill him!