The Bold and The Beautiful Spoilers: Annika Noelle Dishes On Playing Dual Role On B&B 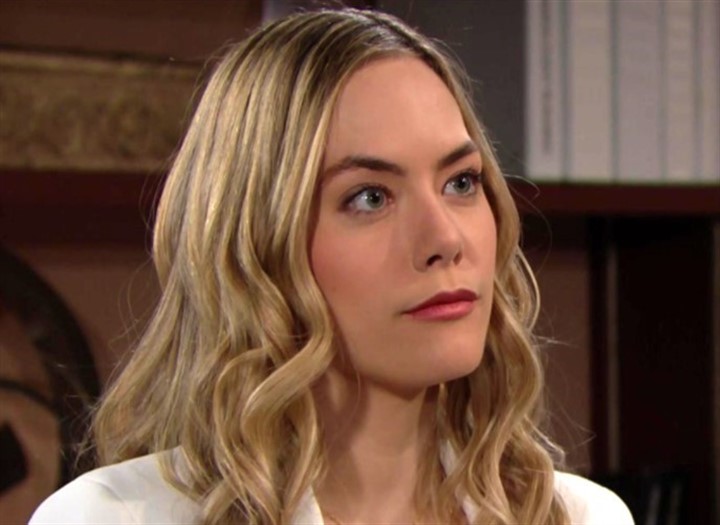 CBS The Bold and the Beautiful spoilers tease that lovely Annika Noelle (Hope Logan) looks twice as nice these days on the Los Angeles based sudser. That’s because there are two of her, so to speak. There is Hope the Human and then there is Hope the Mannequin. Sometimes it’s hard to tell them apart—just ask Thomas Forrester (Matthew Atkinson)!

He was absolutely gobsmacked when his Hope doll began to talk to him but when it moved, well, that is a whole other story.

Annika recently talks to Soap Opera Digest about her dual roles and we have the skinny for you right here.

How does Annika feel about playing a doll version of herself? She’s absolutely loving it! She says that she’s honored that executive producer/head writer Brad Bell thought she could handle the assignment. “This is what you go to theater school for, to be able to play something so outside the box.”

She also made it a point to say that she and costar Atkinson went over the scripts and talked about different choices they could make.

The Bold And The Beautiful: Katrina Bowden In ‘Born A Champion’, Movie Stars Dennis Quaid And Sean Patrick Flannery

She said that her family has definite opinions about her new role, “They’re like, ‘that is so crazy and I don’t think it looks like you,’” she relates. They are peppering her with questions about exactly where the story is headed and she has told them they have to tune in like the rest of America!

But she did give away a potential clue by saying, “I can’t wait to see their reaction with what’s coming up!”

The Bold And The Beautiful Spoilers – What Is Next For Hope Logan?

We know what Annika thinks about the storyline, but how does she feel about the doll itself, her lookalike? “I’m weirdly very protective of her,” she says, noting that she has been keeping an eye on her doppelganger. She says that she watches the crew handling her likeness and is sure to let them know if they are being rough, saying “I’m like, ‘Watch out! Watch her head!’”

Where do you think this divinely demented plot is going B&B fans? Do you think you have an idea about how this farce culminates? Will Thomas comes to his senses, will someone put an end to the madness, or will Thomas simply elope?