The Young and The Restless Spoilers: After Adam’s Mental Breakdowns, Victor Has Him Locked Up – Son Feels Betrayed 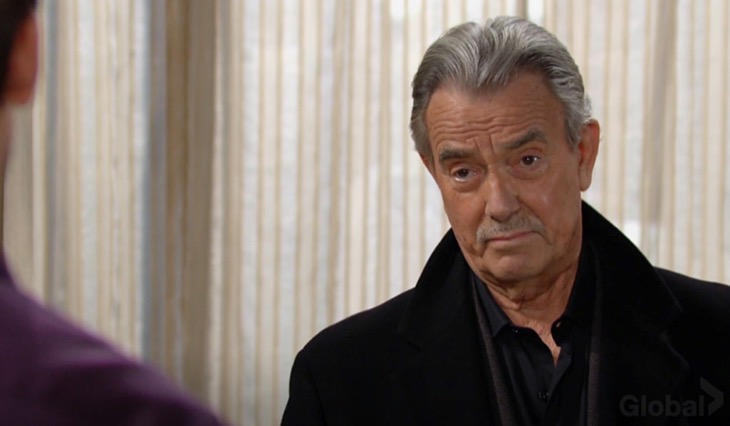 CBS The Young and the Restless spoilers reveal that in Genoa City, Wisconsin Adam Wilson/Adam Newman (Mark Grossman) is cooling his jets in a mental health facility after trying to kill his dad Victor Newman (Eric Braeden) in Genoa City. The killing didn’t happen but not for a lack of trying on Adam’s part. Ironically, the reason he didn’t pull the trigger (actually detonate the bomb!) was because someone tried to kill him at that very moment.

Adam’s portrayer, Mark Grossman talked to Soap Opera Digest about his character’s predicament and we have some of the delicious details for you here.

The Young and the Restless Spoilers – How Could Adam  Newman Be So Mean?

Adam is institutionalized against his will by Victor and he is furious. He cracked up after learning that he killed a man as a child and blocked out the memory. “I think we’re looking at a nervous breakdown here,” explains Grossman.

In the end, Victor convinced Sharon Newman (Sharon Case) to sign the papers necessary to have Adam committed and you can be sure he’ll never forget that. Maybe it was payback for stealing her little girl after she was born?

But Adam is not the only one blindsided by Victor and Sharon’s teamwork. Adam’s SO Chelsea Newman (Melissa Claire Egan) is stunned to find out what they have done to her man. In his new digs, Adam digs a deeper hole for himself by going berserk when his doctor comes in. According to Grossman, Adam sounds, “paranoid and a little crazy.”

Then Victor comes to visit and that sets Adam off even more; he can’t believe his dad is there out of love and not to control him.

The Young and The Restless Coming and Goings: Jason Canela Back As Arturo Rosales For Rey Rosales’ Wedding? https://t.co/Hm0apDBnWG pic.twitter.com/8HaduQEuxA

The Young And The Restless Spoilers – What Is Next For Adam Newman On The CBS Sudser?

Things don’t go well between father and son. Adam is so desperate, like a caged animal, that he offers to do something insanely epic if Victor will let him leave the sanitarium. Will Victor do it? According to Grossman, “we’ll have to see if Adam will get out or will this be a prolonged thing … he might have to be sedated and strapped in. It could get pretty wild.”

What do you think Y&R fans? Were Sharon and Victor correct in locking up Adam? Tell us what you think about this shocking storyline!

The Young And The Restless Spoilers: Devon And Elena Share A Passionate Kiss –…

The Young And The Restless (Y&R) Spoilers & Rumors: Devon And Elena…

The Young and the Restless Spoilers: Adam’s Plan For Chelsea Cruel &…

The Young And The Restless (Y&R) Spoilers: Mishael Morgan Spills On Painful…