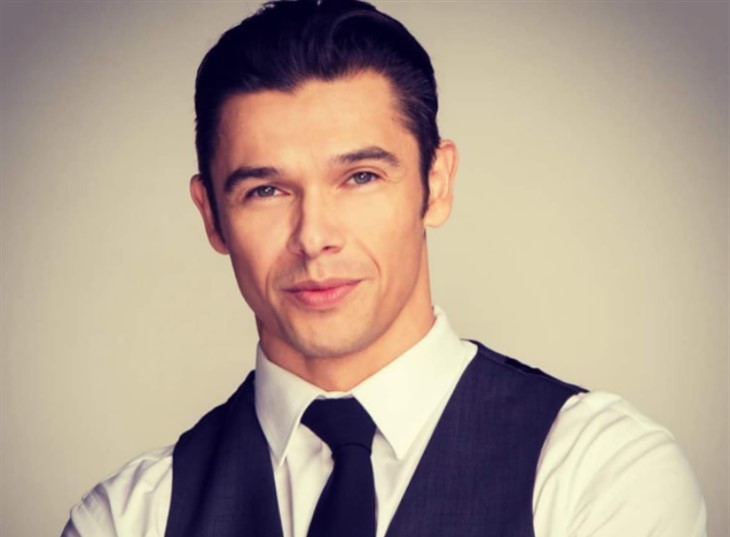 NBC Days of our Lives spoilers reveal that actor Paul Telfer (Xander Kiriakis) has an exciting new gig to look forward to. According to Deadline, Telfer will star in an “audio movie event” titled Unsinkable. The new venture is all about the goings-on aboard the British ship MV San Demetrio during World War II.

This sounds like a huge project to be involved in and Telfer shared his thoughts and feelings about the new production with a tweet to his fans: “Very, very excited to be joining THIS CAST!”

Telfer’s fans were elated for him with one tweeting: “Score! Wow, what a story, too! If you haven’t yet read crew member MacNeil’s book & is interesting, I found a copy at LA lib. Go to http://worldcat.org & search San Demetrio. You’ll find it under first entry.”

Another tweeted: “Congrats! BUT…….Does this mean Uncle Vic will be sending you off to an island for a while??” And one echoed the sentiment with: “Congratulations. But I hope you are staying on #days We need our Xander. Love your connection with Sara. Poor Phillip. He has no idea the better man between you both is Xander. Continued success Paul.”

DOOL fans do make good points, does his new project mean we will see less of hunkalicious Xandy in the future? Right now the character has more depth than ever as he revels in romance and brings his A-game to the boardroom. We will have to wait and see if his new project impacts Telfer’s time on DOOL.

Days Of Our Lives spoilers – What Is Next For Xander Kiriakis On The NBC Sudser?

Paul’s new audio drama is being produced by Datura Studios and North Atlantic Ridge, along with B7 Media and AudiO Marvel. John Mawson’s screenplay, The San Demetrio, is the basis for the audio event.

Mawson and Misha Crosby will direct the 11 episodes and Academy Award winner Ben Wilkins will be head of sound design and mixing. According to Deadline, Unsinkable will recreate an, “immersive blockbuster audio experience through sound.”