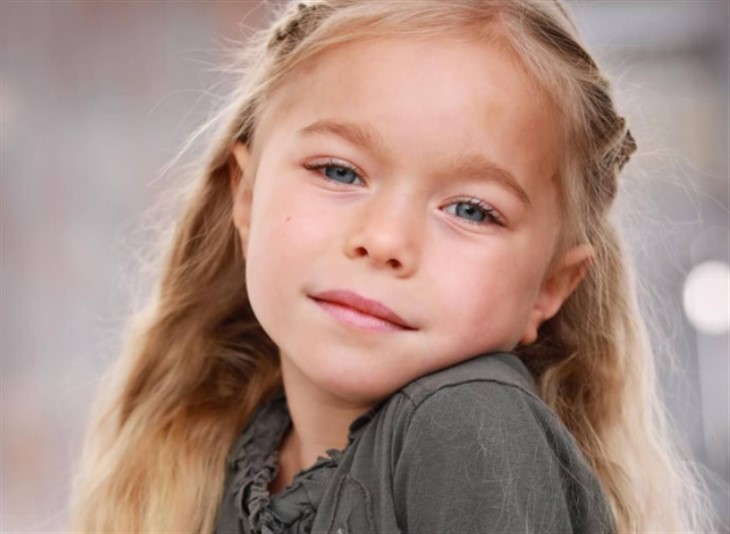 ABC General Hospital spoilers reveal that pint-sized actress Jophielle Love (Violet Finn) has signed on to an exciting new film set to debut next year. The flick is called Till Death Do Us Part and it is about a group of killers who take their name from the dreaded Shinsengumi of feudal Japan.

The group wants to put an end to a scientist who is just about ready to present evidence that global warming is man-made but who is protected by a skilled band of experts.

On GH Violet is the daughter of Hamilton Finn (Michael Easton) and Hayden Barnes (Rebecca Budig) and she debuted in 2019. Hayden left town in 2017 and she was secretly pregnant. She left a note for Finn telling him that their child had died, but it was a lie.

She came back in 2019 and eventually, the truth came out when Violet got sick and had to be admitted to General Hospital where Finn practices. Finn was absolutely shocked to find out that he had a daughter, and that on top of it all the child was seriously ill. Finn had no choice but to confront Hayden about lying to him and of course she had no good reason to account for her dishonesty.

Violet’s condition turned out to be treatable and Finn was eager to get to know his daughter better. Hayden was always a con artist, however, and soon she is high tailed it out of town on another getaway.

Violet was left with Finn who had the difficult job of trying to explain where her mother was. Luckily Anna Devane (Finola Hughes) lent a hand to her beau and she soon became a surrogate mom to Finn’s child.

Nonetheless, things got tense with Anna’s son Peter August (Wes Ramsey) in the picture and this caused friction between Fanna.

General Hospital Spoilers – What Happens Next In The Town Of Port Charles, NY?

Violet initially was not on board with a Fanna wedding, but she has come around since she simply has no choice. Will Hayden stun everyone and come back one day to reclaim the daughter she left behind?