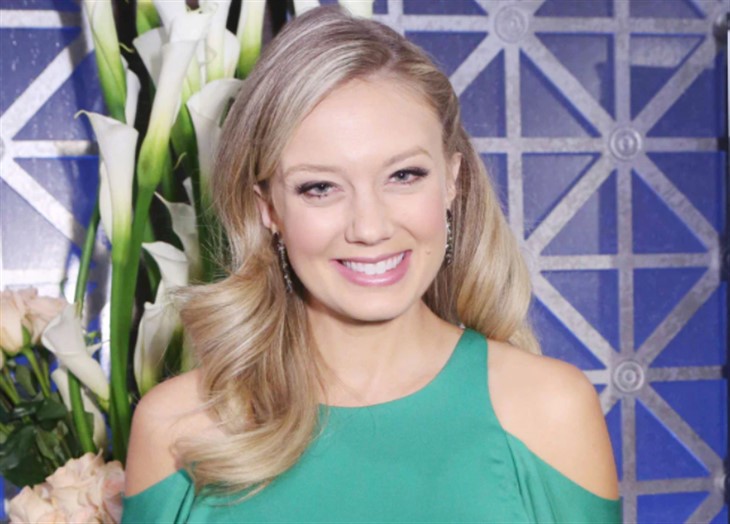 CBS The Young and the Restless spoilers reveal that the show is about to hit a milestone with the number of episodes it has aired over the years and Melissa Ordway (Abby Newman) is getting in on the action on her Instagram.

The video shows all of your fan faves including Eric Braeden (Victor Newman), Jordi VIlasuso (Rey Rosales), Sharon Case (Sharon Newman), and Camryn Grimes (Mariah Copeland) doing a happy dance as they do their part to celebrate the upcoming milestone. We can tell you that the show will spend the entire week marking their fabulous milestone.

The Young And The Restless Spoilers: Nate’s Good Will and Elena’s Efforts Pay Off – Devon Makes Peace

Y&R debuted on March 26, 1973, and the 12,000th episode airs during the week of November 30. To mark the occasion, the show is airing a grand wedding event and every fan is invited! On December 1, tune in to see Abby Newman marry Phillip “Chance” Chancellor. Donny Boaz plays the role of Chance, but he is currently out due to a positive COVID diagnosis and Melissa’s husband Justin Gaston has been filling in.

The wedding is destined to be a star-studded affair with Tricia Cast (Nina Webster) and Jess Walton (Jill Abbott) returning to town to attend. Nina is the groom’s mom and Jill is his grandmother.

During the 12,000th episode, all of the infamous Genoa City families will be in attendance including the Abbott’s and the Newman’s.

There will be a nice touch to the ceremony as the officiant is someone near and dear to the couple. Just for the occasion, Devon Hamilton (Bryton James) has become an ordained minister, and he will be the one to wed the two bold and beautiful people.

Will the wedding go off without a hitch? Abby has not been the luckiest person when it comes to affairs of the heart. Soap weddings are rarely noneventful, so we will have to wait and see how Abby and Chance’s nuptials transpire. If nothing else it will definitely be the event of the year in Genoa City.