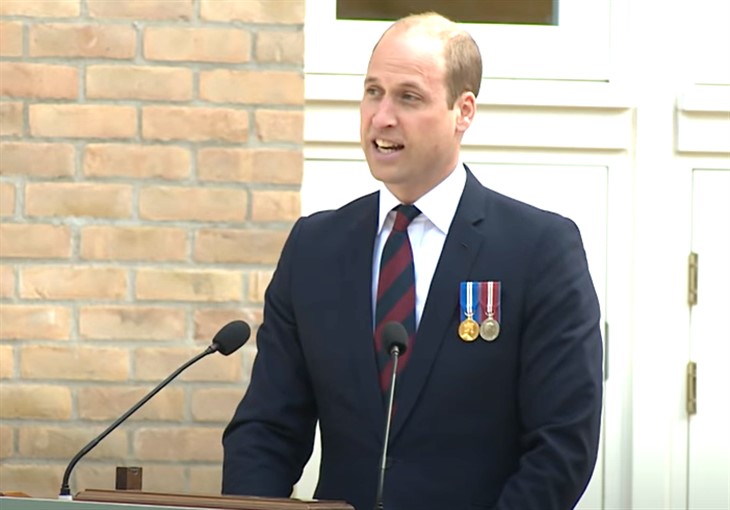 British royal family news divulges that the United Kingdom’s Prince William the Duke of Cambridge had a heroic adventure when he was in the Royal Air Force serving on the HMS Iron Duke in the Caribbean in 2008. It turns out that he was a part of an epic £40million drug bust in a helicopter and it was only recently revealed.

The reveal came when he participated in a video call with the armed service. As part of the Remembrance Day events, he joined military personnel serving in Qatar, Somalia, and The Gulf for a virtual event.

At that time William recalled his own time in the RAF and shared a vivid memory of flying a Lynx chopper and hunting down drug runners who had £40million worth of cocaine.

Prince William Was Once Part Of A Huge Drug Bust

One of the troops on the call was Leading Physical Trainer (LPT) Damon Bell, who is abroad HMS Montrose.
He told William that in October they seized over 450 kg of methamphetamine worth £20million from drug runners in the Straits of Hormuz.

He jokingly said, “[It’s] only half of what you got on the Iron Duke but still nonetheless very good!”

The Duke of Cambridge replied, “I wasn’t going to bring that up but I’m glad that’s still being talked about!”

William served in the RAF for seven years. On the call, he stressed that everyone is “grateful” for the job the military is doing and said that Remembrance Sunday reminds the world about all the dedicated service people around the globe.

He also said that his fitness level has suffered during the lockdown, and joked with the PT about doing a session over Zoom saying, “I remember being bested by people like you Damon on the Iron Duke. The on-deck PT was always quite a fun afternoon. I think after a number of lockdowns I might need your PT skills to get back into shape again.”

The PT was clearly delighted as he responded, “Always on the end of a Zoom call sir, whenever you’re ready.”

Ann Gripper hosts Pod Save the Queen and features Daily Mirror royal editor Russell Myers. Myers said the drug bust reveal was, “fascinating,” and likened William to Airwolf. Airwolf is an action-adventure television series that depicted a military helicopter named Airwolf that carried a dedicated crew on stunning missions against the bad guys.