The Young and The Restless News Update: Courtney Hope Just Quit This And Fans Are Stunned 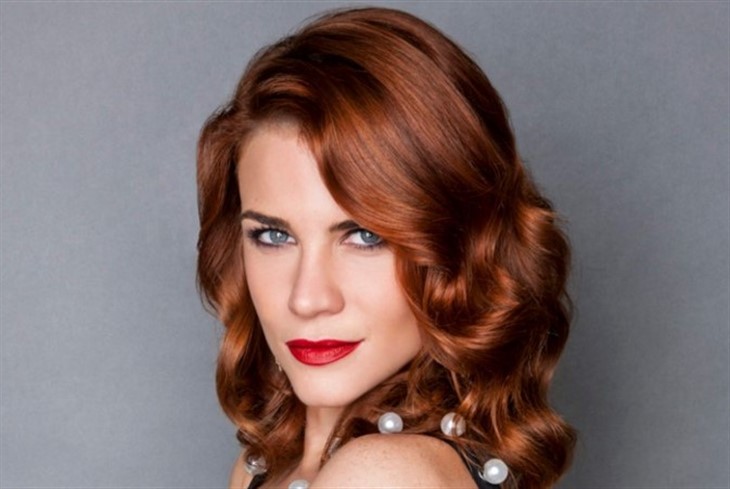 CBS The Young and the Restless spoilers reveal that Courtney Hope (Sally Spectra) has just quit something, gone cold turkey so to speak. What is it?

She made the stunning announcement on Thanksgiving Thursday, November 26 and it is sure to shock legions of her loyal fans.

The beautiful and talented redhead went on Instagram to share that she was “thankful, grateful, blessed — all the above.”

She went on: “This year has been a roller coaster, but I am so appreciative of the people surrounding me and the blessings in my life. Thanks to everyone who has shown love and joined me on this journey of life!”

In part Hope’s year included a huge leap forward as her character jumped from one CBS soap to another. Sally went from L.A. on The Bold and the Beautiful to Genoa City on The Young and the Restless.

Hope then made an announcement which is shocking considering the times we live in: “With that said, I am going to take a much-needed break from social media. If you need me, call or text me!”
Then she urged her fans to, “stay safe, stay loving, stay curious.”

Her fans all seemed to understand Hope’s need to step aside from her socials for a while. Most wished her a Happy Thanksgiving and many told her to stay safe and good luck.

The Young And The Restless Spoilers – What Is Next As Sally Spectra Adjust To Life In Genoa City?

While viewers won’t be seeing Hope online any time soon, fans can still catch her as the inimitable Sally Spectra Jr. on daytime. What has the slinky minx been up to since her relocation? First off she is stirring the pot, just like any self-respecting Spectra lady would do!

Sally has landed on her broom but neglected to tell anyone the real reason she is in town–She lost it in L.A., pretending to be dying and wound up kidnapping her love rival. She left to avoid charges and now has been given the role of Lauren Fenmore’s (Tracey Bregman) assistant—a role beneath her in her opinion. In the meantime expect Sally to engage all of her shifty ways to climb back to the top of the fashion world, and have a ball doing it!