Days Of Our Lives Spoilers Next Week: Kayla Demands Tripp Move Out, Conflict With Steve Intensifies 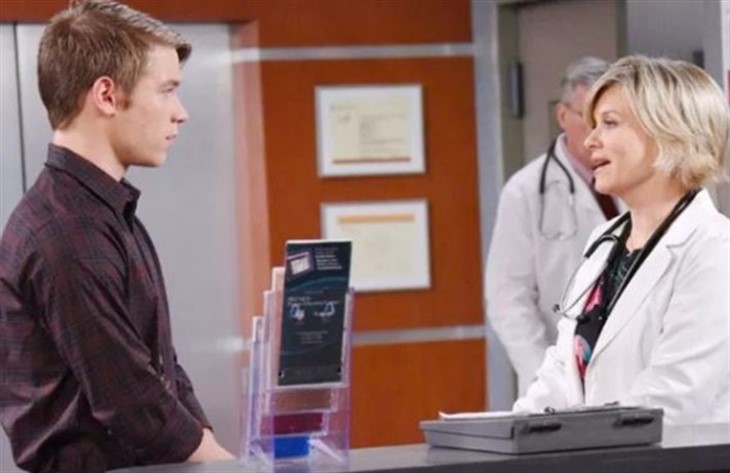 Days of Our Lives spoilers for the week of November 30 reveal that in Salem tensions in the Johnson family will reach a boiling point. Kayla Brady (Mary Beth Evans) tells Steve “Patch” Johnson (Stephen Nichols) that his son is not welcome there anymore. She demands that Tripp Dalton (Lucas Adams) move out. How will Steve protect his marriage and his son at the same time?

DOOL spoilers reveal that Allie Horton’s (Lindsay Arnold) rape accusation has far-reaching consequences. Not only is Tripp trying to prove he’s innocent, but everyone in Salem has turned against him except for his father. This includes his stepmother, Kayla. Tripp will continue to feel the fallout next week when Kayla announces she can no longer live under the same roof as Tripp.

Next week, Kayla simply won’t be able to live with someone she believes is guilty of rape. As viewers know, Kayla has her own history of being sexually assaulted, so this is a very sensitive subject for her. She will tell Steve that Tripp has to move out of their house. Now, Steve will try to fight for his son, but how does he do that without risking his relationship?

Days of Our Lives spoilers reveal that Steve will be put smack in the middle of the conflict between Kayla and Tripp. While the aspiring doctor is trying to understand his stepmother’s point of view, he can’t help but feel frustrated by the whole situation. When Steve tells him that Kayla wants him to move out, it will make Tripp feel even more hopeless.

So, where will Tripp go if Steve and Kayla kick him out of their house? Well, during that same week, Steve is going to get a blast from the past. This must be him seeing that Ava Vitali (Tamara Braun) is alive and well. Tripp will also learn that his mother is alive, so she will probably invite him to live in her apartment.

However, will she actually help Tripp clear his name or could she just make things worse? We all know what Ava is like and what she’s capable of. She might be Tripp’s biological mother, but she’s not exactly mother material.