Royal Family News: Princess Eugenie Goes Online To Give Thanks For Her Life’s Blessings 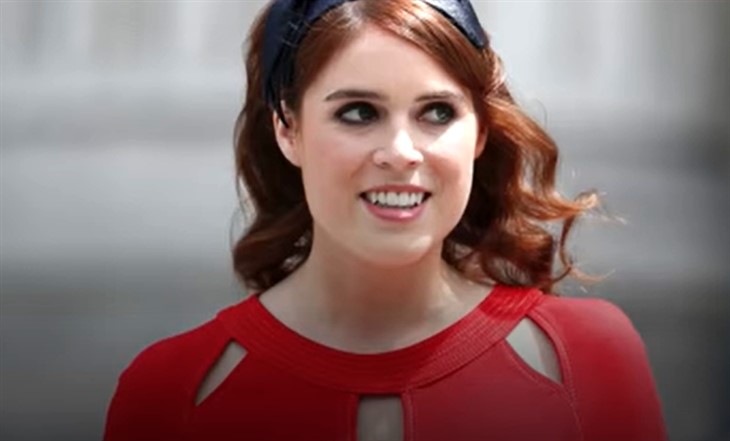 British royal family news reveals the sweet gesture that Princess Eugenie has shared to recognize Thanksgiving. The royal is pregnant with her first child and recently moved into Frogmore Cottage, the residence deemed unlivable by her cousin Prince Harry.

Eugenie went on Instagram to list the things she is thankful for and included Covid-19 frontline workers for their, “incredible dedication and perseverance,” plus the charities that help those in need.

At the same time, the radiant royal shared a cute selfie with her husband, Jack Brooksbank, a picture of their pet terrier, and a beautiful red tree. She said that she was grateful for nature, family, and animals.

In the end, the daughter of Prince Andrew wished everyone celebrating the American holiday a good Thanksgiving.

It is certain that the mother-to-be has much to celebrate. Not only is she expecting her first little one, but it is also reported that she has moved into Frogmore Cottage. The Cottage underwent extensive renovations for Harry and his wife Meghan Markle before they fled the country in March. Moving vans were said to have gone in under cover of darkness to retrieves the couple’s belongings.

Princess Eugenie made it a point to say, “I’m thankful for all the companies and charities who donated as much as possible to those in need.”

She posted a picture of Jack, wearing a mask, standing next to an NHS worker in blue scrubs.

She wrote that she was, “thankful for my husband Jack. I’m thankful for the love of family and animals that keep us strong.”

“And I’m thankful for nature and all it gives us – a constant in 2020 when things have been so uncertain.”

Days prior, the dust was flying when it was announced that she had moved into the cottage meant for Harry once upon a time. Harry fled to Los Angeles with his wife Meghan Markle and their 15-month-old Archie earlier this year and has now seemed to give the keys to her.

Royal Family News: Kate Middleton Would Love To Have A Child-Rearing Expert On Speed Dial #KateMiddletonhttps://t.co/j2HI9wjSkJ

The residence had been empty since the couple’s decision to turn their backs on being senior royals. Eugenie and Jack had been living at the Ivy Cottage at Kensington Palace according to the Sun.

The Duke and Duchess of Sussex now live in an £11million mansion in California, and by emptying Frogmore house some claim it is a, “pretty strong sign,” the couple have, “no plans to return.”