The Bold And The Beautiful Spoilers: There Will Always Be Something Between Liam and Steffy, Says Actress 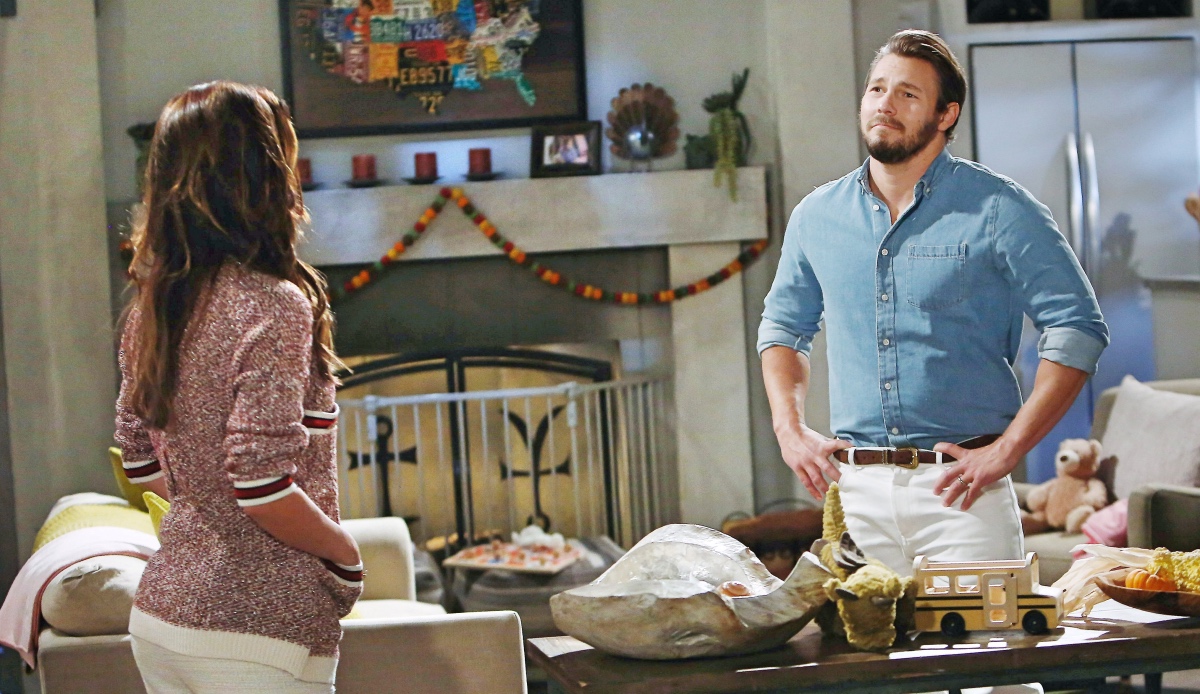 The Bold and the Beautiful spoilers reveal that fans are wondering if Liam Spencer (Scott Clifton) and Steffy Forrester (Jacqueline MacInnes Wood) sleeping together means “Steam” is back on The actress said that there will always be something between the former couple, but Steffy really does want to move on with Dr. John Finnegan (Tanner Novlan).

B&B spoilers reveal that there is a lot of history between Liam and Steffy. For years, Liam has bounced between Steffy and Hope Logan (Annika Noelle). At one point, the two were even married and they share a child together, Kelly Spencer (Colette and Avalon Gray). It’s hard to erase history and subconsciously, they both probably wish certain things had never happened and maybe they would still be together.

In the new issue of Soap Opera Digest, actor Scott Clifton teases that after “catching” Hope cheating on him with Thomas Forrester (Matthew Atkinson), he questions everything. He thinks that he made a big mistake choosing Hope over Steffy. He even brings this up while talking to his ex, which makes them wonder all those what if’s.

The Bold and the Beautiful spoilers reveal that actress Jacqueline MacInnes Wood told the magazine that there will always be something between “Steam.” With that being said, they can’t go back in time and change what’s happened. Plus, it took Steffy so long to get over Liam that she doesn’t want to go down that road again.

The Bold And The Beautiful Spoilers: Liam Thinks Hope Has Cheated Before, ‘Thrope’ Laughing Behind His Back #bb #Boldandbeautiful https://t.co/KnZmzrs83B

The Bold And The Beautiful Spoilers: Moving On

The actress explained to the publication that Steffy really does want to move forward with her life. She feels incredibly guilty about sleeping with Liam, especially when she sees Finn the next day. Now, the doctor is pretty inquisitive and can read people very well. Even though Steffy doesn’t say anything, Finn is going to know that something is off and she’s not telling him something. Even though Steffy wants to move on with Finn, will he still be interested when he learns that “Steam” slept together?

What do you think is going to happen after Liam Spencer and Steffy Forrester sleep together? Secrets always come out on soap operas, so how will their night of passion be exposed? Will Finn still stay once he learns that “Steam” slept together?

The Bold And The Beautiful Spoilers: Forrester Creations Fight – Team Steffy Or…

The Bold And The Beautiful (B&B) Spoilers: Steffy Invites Paris In to Be Her…