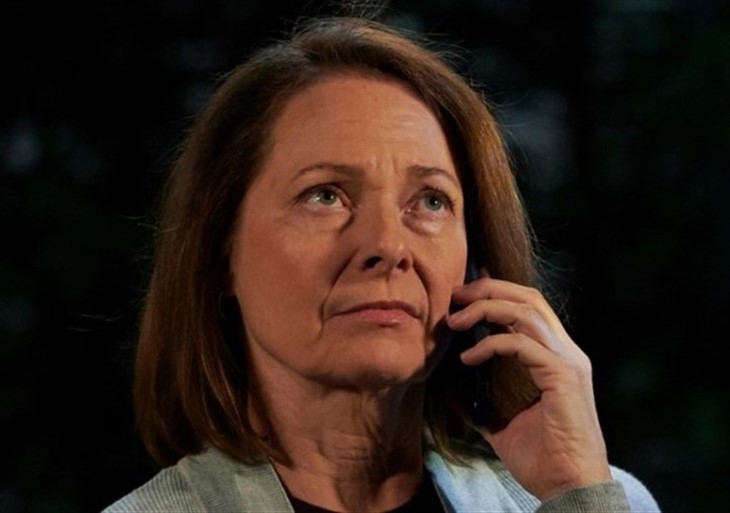 General Hospital (GH) spoilers tease that in Port Charles, NY Gladys Corbin (Bonnie Burroughs) seems to enjoy sticking her nose where it doesn’t belong and speaking when she should know better. It didn’t take long for Sonny Corinthos (Maurice Bernard) to catch on to Glady’s quest for money for herself and for her son, Brando Corbin (Johnny Waycor)/ Because Gladys had formed a close relationship with Sonny’s dad, Mike Corbin (Max Gail). Sonny even bought Gladys a new car, so she would have no trouble visiting Mike in the nursing home.

Once Mike finally passed away, Sonny and his wife Carly Corinthos (Laura Wright) made it clear that they wouldn’t be giving Gladys any more money or expensive gifts. Brando seemed to be angry at Sonny as well, but he is now undercover trying to get information about Cyrus Renault (Jeff Kober) n the hopes that they can stay one step in front of Cyrus and how he is operating his business in Port Charles.

If Gladys mouths off to Cyrus the way she has to Sonny, he may put up with it once with a stern warning. But warnings didn’t stop Gladys from opening her mouth, and Cyrus wouldn’t think twice about killing Gladys, without care he just murdered his newest employee’s mother. Another possibility is that Gladys may somehow find out from Brando that he is playing Cyrus. It would not be much of a surprise if Gladys isn’t discreet. Could Cyrus threaten Brando to work for him for real, or he will kill Gladys.

Cyrus’ most powerful weapon is love. Not his own love for anyone. Cyrus will kill anyone in order to force people to do the most heinous acts. Viewers may recall when TJ Ashford (Tajh Bellow) was kidnapped and beaten, his mother Jordan Ashford (Brianna Nicole Henry) had to become a dirty cop before Cyrus would free TJ. And Gladys has a way of rubbing people the wrong way, so killing Gladys might bring Cyrus great joy!

Will Gladys eventually say the wrong thing to Cyrus and end up six feels under? Or will Glady’s loose lips cause Brando’s cover to be blown? Anything can happen in Port Charles, so stay tuned to General Hospital airs weekdays on ABC. And don’t forget to check back right here regularly for all your General Hospital news, information, and spoilers!