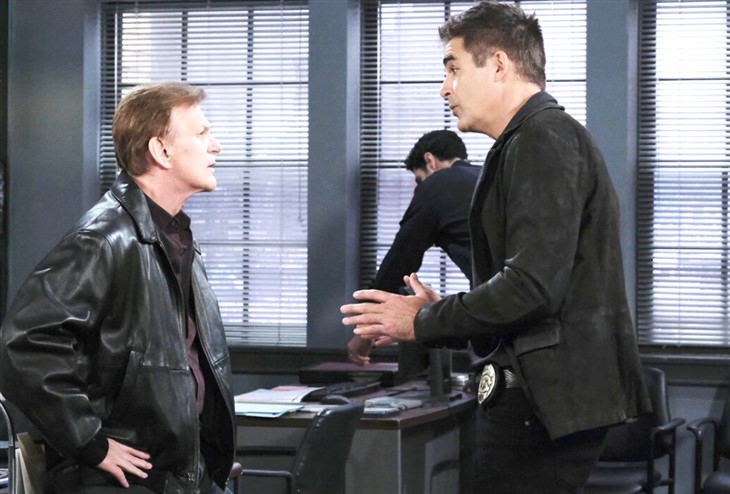 Days of Our Lives spoilers reveal that in Salem Rafe Hernandez (Galen Gering) tries to track down Hope Brady (Kristian Alfonso). Since the actress isn’t returning, or, so she claims, so unless she is recast, Hope won’t be coming back. What if Rafe does find her? If so, she could hate him for not being there when she needed him the most, leading him to move on with another woman.

DOOL spoilers reveal that actor Galen Gering told Soap Opera Digest that Rafe believes Ciara Brady Weston (Victoria Konefal) is still alive. The actor also told the magazine during an interview that Rafe is going to try and track down Hope, so he can help her. So, what happens if he does find her?

Let’s say for the sake of argument that Rafe succeeds and finds Hope. He leaves Salem to go to where she is and talks to her. If he decides to help her find Ciara, then Rafe will be off-screen. We know that is not happening, so something else must happen that makes him stay (or return) to Salem.

Days of Our Lives Spoilers: Galen Gering Returns Just In Time For Rafe Hernandez To Face Another Crisis

Days Of Our Lives Spoilers – No Return And No Recast

Days of Our Lives spoilers reveal that executive producer Ken Corday previously told SOD that they would not be recasting Hope and actress Kristian Alfonso was welcome to return. However, things like that have been said before throughout the soap industry. So, there is always a chance that Hope is recast. Now, the actress claims that she will never come back. That has also been said many times by other actors, then we see them again in the future.

But let’s say that there is no recast and the actress really doesn’t come back. That must mean that if Rafe finds Hope, she sends him away. It is possible that Hope might hate Rafe because he wasn’t there when she needed him the most. He has his reasons for that, but grief can change people. Hope might be filled with so much agony and anger that she lashes out at him.

Days Of Our Lives Spoilers: Ciara Found, But Hope Held Hostage Too? Mom May Get Too Close #Days #DOOL #DaysOfOurLiveshttps://t.co/Qui6Is081J

We do know that Rafe ends up in a relationship with Nicole Walker Brady (Arianne Zucker). So, it seems that unless Alfonso comes back or Hope is recast, Rafe will move on with another woman. In fact, photos of Rafe and Nicole have already been taken and promoted by the soap. Plus, head writer Ron Carlivati told SOD that Rafe’s storyline was going in a new direction. However, will viewers enjoy the new direction? Well, we will have to keep watching to see what happens next.