General Hospital Spoilers: Brando Tries To Convince Sasha To Give Up Drugs, Wants To Save Her Life 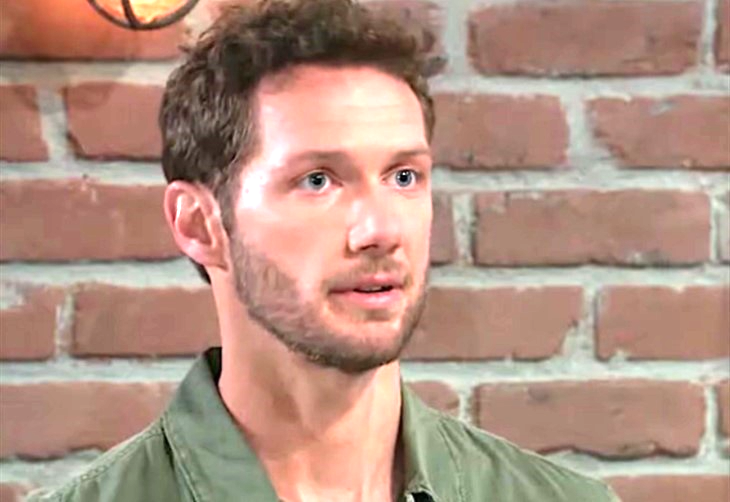 General Hospital spoilers and updates reveals in Port Charles, NY Brando Corbin (Johnny Wactor) job Sasha Gilmore (Sofia Mattsson) to the hospital in the nick of time. However, now that Sasha is well, she’s still addicted to drugs and wants more. Brando will try to convince Sasha to give up the drugs and focus on her career, but will she listen?

Whatever General Hospital’s Cyrus Renault (Jeff Kober) put in that cocaine was deadly. Some people who have overdosed on Cyrus’ new product have not been lucky enough to make it. Sasha survived but could have a very long recovery since she suffered a heart attack while on these drugs. Cyrus wanted Brando to let Sasha die, but he chose to help her instead.

Cyrus may be in hot water of his decision but could be in a lot worse trouble with Sonny Corinthos (Maurice Benard). Brando knows that Sasha used to be with Michael Corinthos (Chad Duell) and that Sonny would want her protected. Brando also promised Carly Corinthos (Laura Wright) that he would look out for Sasha. However, Sasha has to want to stay off drugs to survive, and she may not be willing to do that.

General Hospital’s Sasha has used drugs to cope with her job at Deception. However, Sasha’s increased use can be contributed to coping with life without Michael. Sasha chose to sacrifice her happiness so that Michael’s son could grow up in a loving family without the influence of his psychotic mother.

Sasha wanted Michael to have his son and gave Michael up to make that happen. However, Sasha was in love with Michael and simply cannot get used to life without him. Sasha has been leaning on these drugs to get her through the day. Can Sasha survive if she gives up the drugs too? Is Sasha willing to try and get into recovery?

General Hospital Spoilers: Carly Furious With Julian For Destruction He Caused Her Family, Wants To Take A Swipe At Him! #GH #GeneralHospital https://t.co/YJRBdKCUZS

General Hospital  – Sasha Gilmore Could Lose her Job As Well

General Hospital’s Sasha could lose her job at Deception over her drug addiction. Sasha may have some interest in the company, but she could be blackballed as a model now because of her overdose. Sasha’s drug use also helps explain her issues the last time there was a meeting with a client. Now that Sasha’s overdose is a matter of public record, Sasha may need to give up her spot as the spokesperson.

Will Sasha be able to pull her life back together now that she almost died? Will Sasha give up the drugs to save her life and her job?