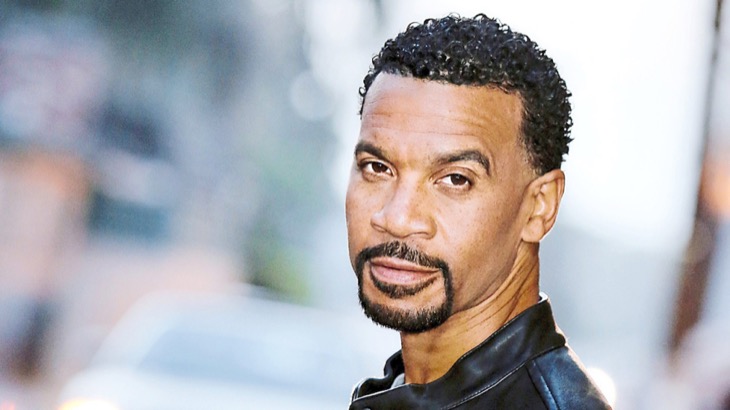 The Bold and the Beautiful Los Angeles actor Aaron D. Spears plays Justin Barber on the CBS soap opera. He recently opened up about not allowing the writers to make Justin soft. Now, he is bringing up that Justin and Donna Logan (Jennifer Gareis) never cross paths, even when they are on the same set! He also talked about the Forresters wasting all that turkey every Thanksgiving.

B&B spoilers previously confirmed that the writers kept trying to write Justin as a soft pushover. However, each and every script, Spears would debate about it and have it rewritten properly. He told Soap Opera Digest that no friend of Bill Spencer’s (Don Diamont) would be a pushover. He said that after about a year, Justin was finally being written the way Spears thought he should.

In the new issue of SOD, Spears mentioned that he wished that Justin and Donna would share scenes again. He thinks it is pretty odd that the two can be on the very same set, yet never once cross paths.

The Bold And The Beautiful Spoilers: There Will Always Be Something Between Liam and Steffy, Says Actress

The Bold And The Beautiful Spoilers – Aaron D. Spears On Wasted Turkey

The Bold and the Beautiful spoilers reveal that Spears talks about how awkward it is that the Forresters waste so much turkey each year and he never gets any. He joked, “… it’s hard to be in the house while [the annual Forrester] Thanksgiving dinner is being cooked and you never get a chance to sit down at the dinner table and have a meal with everybody… in years past, it was hard to smile sometimes when you see the amount of turkey being served and you’re like, ‘I’m right here. I’m in the house. Hello? I smell the turkey!’”

Spears talked about when he found out that Gareis came back as Donna Logan. He was hoping that Justin and Donna might have a rekindled romance, but it never happened. He seemed to hint that he would like that to happen again. Perhaps they will fall in love and marry again in the future? We will just have to wait and see, but their last marriage was extremely short-lived. Maybe next time it will last.