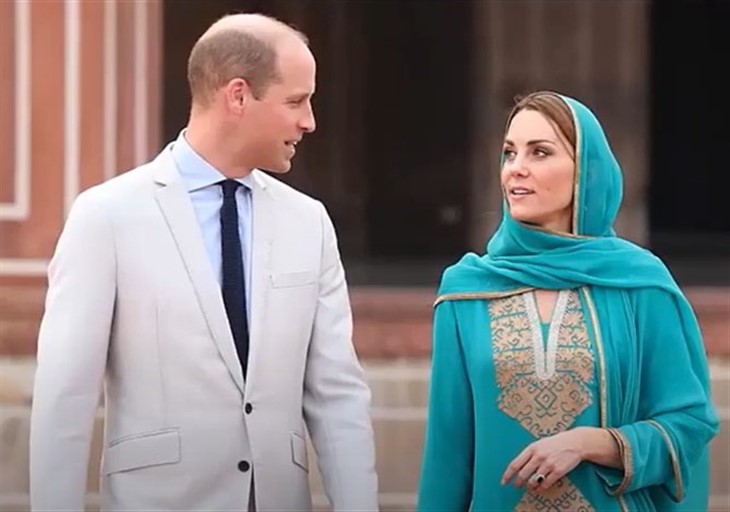 British royal family news reveals that Kate Middleton Duchess of Cambridge gets the public speaking jitters just like everyone else despite her cool, polished presentation. She appeared on the Happy Mum, Happy Baby podcast this week to talk about her latest initiative and it turns out she had a bit of cheerleading from her husband Prince William.

The show’s host Giovanna Fletcher interviewed Kate and revealed that before their chat William encouraged his wife to speak as frankly and directly as she could.

“They had scheduled 45 minutes,” she recalls. “We had an hour and a half! Basically, Prince William had come in as he was briefing her and he said, ‘Just talk. Don’t worry about saying anything you shouldn’t or exposing too much. We can change it in the edit. Just talk.’ So she was going to answer everything. It was amazing.”

Kate Middleton Is A Pro When It Comes To Interviews

Kate’s appearance on Fletcher’s podcast coincided with the launch of her groundbreaking initiative, “5 Big Questions on the Under Fives” project. The project was an epic poll of UK parents, caretakers, teachers, kindergarten workers, and families.

Kate released the data of the poll on November 26 during an online forum that was hosted by the Royal Foundation, an entity she heads along with her husband Prince William.

Kate announced, “We must do all we can to tackle these issues and to elevate the importance of the early years so that together we can build a more nurturing society. Firstly, if parents are struggling to prioritize their own wellbeing how can we better support them? Secondly, what is at the root of why parents feel so judged?”

Royal Family News: Each Of Queen Elizabeth’s Children’s Births Was At Home and Unique https://t.co/2Ybn6hR30G pic.twitter.com/JqqYr3FcvO

She went on to say, “Thirdly, how can we address parental loneliness, which has dramatically increased during the pandemic, particularly in the most deprived areas?”

She concluded, “And finally if less than a quarter of us understand the unique importance of a child’s first five years, what can we do to make this better known?”

The new initiative is similar to the First Five programs in the US. Both projects seek to enhance the quality of life of children five and under, in an effort to develop a healthier child and society. Kate is in the perfect position to spearhead the project as she is the mother of three and works as a full-time senior royal.