The Bold And The Beautiful Spoilers: Steffy Proves Finn Was A Fling – ‘Steam’ Remains Her Dream 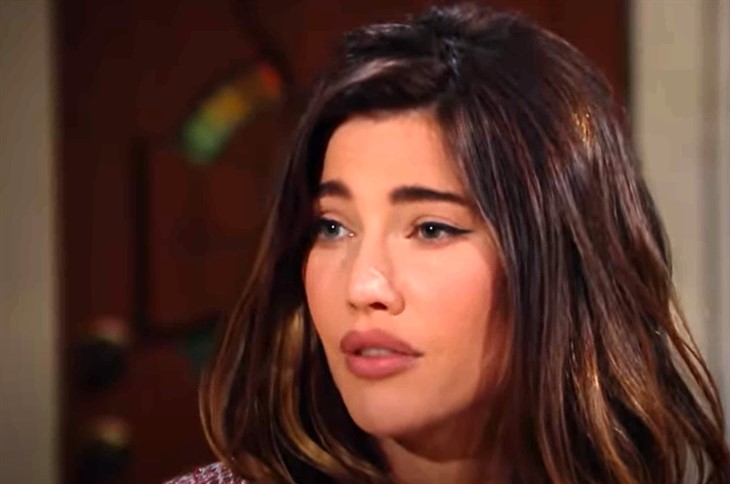 The Bold and the Beautiful spoilers tease that in Los Angeles Steffy Forrester (Jacqueline MacInnes Wood) won’t be able to use alcohol as an excuse, or explanation. The reconnect that she and Liam Spencer (Scott Clifton) unexpectedly experienced at the cliff house happened for two simple reasons.

John Finnegan (Tanner Novlan) is someone that Steffy recently met. Their romantic involvement is genuine, but also short-lived. While she honestly expressed her love to him, which was reciprocated, Steffy has again affirmed that Liam is her truest love.

The Bold And The Beautiful Spoilers – Jacqueline MacInnes Wood’s Pregnancy

B&B fans know that Wood is a number of months pregnant. She and her husband are expecting their second child next year.

The easy link from that upbeat real-life news to Steffy’s latest looming drama projects either Liam or Finn as the father of her second child.

The manner in which the writing staff plays what could be the near-term future for Wood’s character will be interesting. B&B could simply hide Wood’s pregnancy and never write it into the plot. Alternatively, it could become the next major arc in Steffy’s life.

The Bold And The Beautiful: Katrina Bowden Wants Tom Hanks, Plus Embarrassing Confessions

While Liam impulsed into believing the worst about his wife, Hope Spencer (Annika Noelle) is the actual betrayed spouse. The inevitable reveal could be presented as Liam purging his soul to Hope, or she could learn the truth in the form of a week-ending cliffhanger shocker.

With however it happens, Hope learns that Liam sought solace in Steffy’s arms on the same night when he thought he saw Thomas Forrester (Matthew Atkinson) kissing Noelle’s character. While the mannequin misunderstanding will be confirmed, it won’t erase Liam’s line-crossing reaction.

After all that Liam and Hope have overcome to be together, this specific choice will prove enormously devastating, with no easy solution being possible.

The Bold And The Beautiful Spoilers – Finn Dismayed And Disappointed

Finn has known that Steam wasn’t out of Steffy’s mind and heart. That’s why she’s kept the classic photo of herself and Liam hanging above the mantel in her living room.

As is true with Hope, but in a lesser way, Finn will be dismayed when he learns that Steffy broke his trust. He’ll be disappointed that she was so willing to embrace Liam’s stunning suggestion that Steam’s time might not be over, which could prove to be a prophetic statement. But Steffy could be tied to Finn through their expected child.