Dancing With The Stars News: Tom Bergeron Returning To DWTS? What You Need To Know! 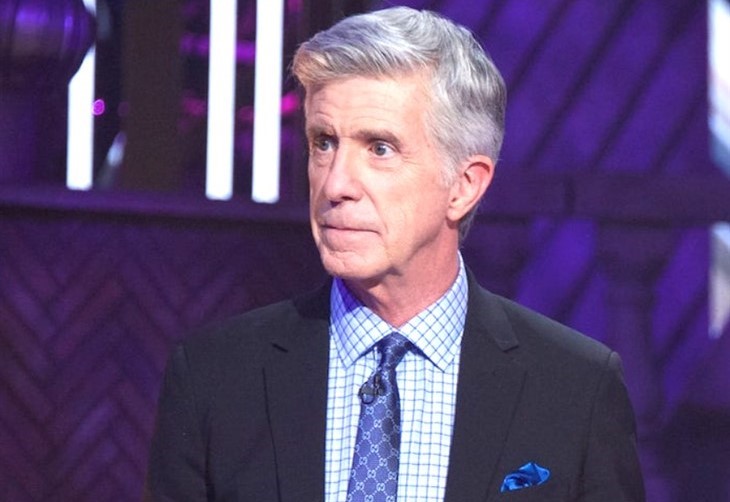 ABC Dancing With the Stars spoilers reveal that fans of the former host of the Los Angeles show Tom Bergeron shouldn’t hold their breath waiting for a glimpse of the talented man on the dance competition show.

Tom, along with co-host Erin Andrews, was replaced this season by former supermodel Tyra Banks in one of many controversial changes to the legendary show.

Tom talked recently to TV Guide Magazine to set the record straight about how he feels about DWTS these days.

According to Tom, “When people say, ‘I’m not gonna watch until you’re back,’ I say, ‘Well, there’s really no ‘until’ here,'” Bergeron explained. “This train has left the station.”

But make no mistake, Bergeron has no ill will for fans who continue to support the series he was bumped off of. In fact, some fans have been quite vocal with their dislike of new host Tyra Banks.

“I appreciate the sentiment,” Bergeron shared. “[But] I don’t hold it against anybody if they [watch].”

Bergeron hosted the show for 28 seasons and when asked what the best part of his tenure was, he replied, “the friendships I have with people who were on camera and behind the camera.”

“I used to throw midseason parties for cast and staff. It helped create a sense of solidarity,” Bergeron added. “And then we’d try to sober up the next day.”

DWTS is just one of the many shows that Bergeron has hosted in his long and illustrious career. So what does he have planned for the future? A bit of relaxation is not off the table!

What Is Next For Television Legend Tom Bergeron?

“I’ve hosted every format imaginable,” he said. “There’s no real fire in my gut to do it again. Having said that, I’m always open to surprises.”

The ouster of longtime hosts Bergeron and Andrews stunned fans prior to Season 29. According to Executive Producer Andrew Llinares, “It’s all about evolution. Any show like this that has been on for many, many seasons needs to continue to evolve. So I think changing that host is all about evolution.”

“It was all about making the show feel fresh, making it feel new and make it reach out to a new audience — as well as the audience that’s been there for years.”

Season 29 has seen an increase in ratings, and there have been reports that Banks wants a salary increase in return.

Be sure to catch up on everything happening with Dancing With the Stars. Come back here often for DWTS spoilers, news and updates.