Days Of Our Lives Spoilers: Cady McClain Dishes On What’s Next For DOOL Jennifer Devereaux 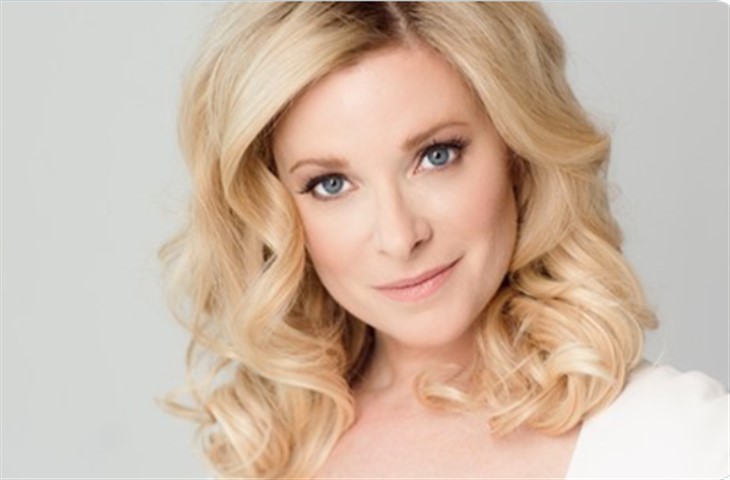 NBC Days of our Lives spoilers tease that there is a new face in Salem now that there is a different actress in the role of Jennifer Devereaux. Longtime actress Melissa Reeves has decided not to commute from her Nashville, Tennessee home and so Cady McClain is playing the part of the Horton family heroine.

Fans have embraced the daytime diva whose credits include As the World Turns and All My Children.

Ashford was first introduced to Cady through her husband Jon Lindstrom who plays Ryan/Kevin on General Hospital.

“And we’re actually neighbors: we live close to each other, so it’s very funny that here we are together.”

According to Ashford Cady is sharp and ready to go with everything. “She’s done her whirlwind of research but I’m still able to have some fun moments.”

Days Of Our Lives Spoilers – What Happens Next In Salem

He also has high praise for his other onscreen love, Melissa Reeves. “Missy and I have a lot of stuff, and you just have to find it with somebody new.”

For her part, Cady has found herself in the middle of a front-burner juicy story soon after taking on the legendary role. The show did a never before done plot twist in which it skipped forward a whole year in time. Much happened offscreen and even now fans are learning about what took place.

For instance, Jack slept with Kate Roberts (Lauren Koslow) and the truth just came out in the most hideous way, at the party for Jennifer coming out of her coma! In fact, her chatty daughter Abigail DiMera (Marci Miller) was the one who spilled the beans, in front of half the town. What is wrong with her? Actually, Abi has a reason for her poor behavior, she is being gaslighted, but Jack has no such reason.

Later the two ladies slapped it out in the park but it looks like Jennifer and Jack have a lot of making up to do.
Be sure to catch up on everything happening with DOOL right now. Come back here often for Days of our Lives spoilers, news, and updates.