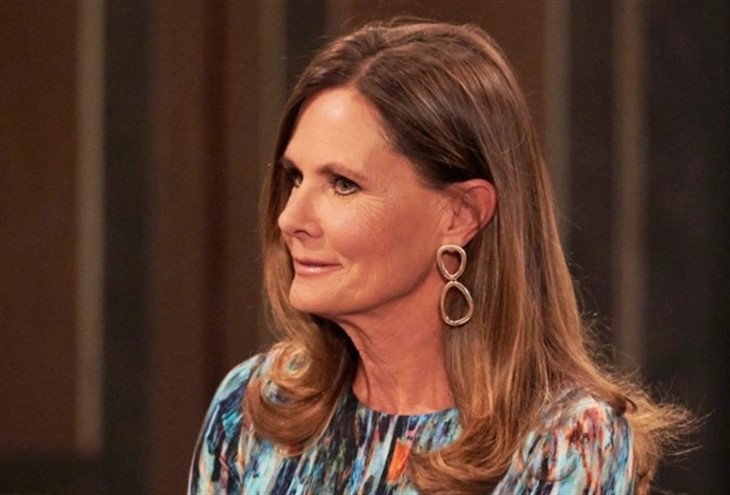 General Hospital Spoilers – Sasha Gilmore Is The Face Of Deception – In More Ways Than One!

General Hospital viewers will recall what happened the last time a Deception employee did something that didn’t sit well with Lucy! That was when Brook Lynn Quartermaine (then Briana Lane) got Amy Driscoll (Risa Dorken) to help her out with lip-syncing a song at an important premiere for a potential client. Unfortunately, Detective Harrison Chase (Josh Swickard) messed that up when he came across Amy in a hallway at the Metro Court and started talking when her microphone was live!

Lucy immediately fired Brook Lynn after the potential client didn’t bite. Brook Lynn was supposed to be the Voice of Deception, and indeed she was, even though she was doing her best to save her job and save face for the company! Maxie runs Deception with Lucy, and she knows from overhearing a conversation between Cyrus Renault (Jeff Kober) and Brando Corbin (Johnny Wactor) that Sasha OD’d and had a heart attack. Maxie demanded an explanation, and Brando gave her one. Anyone who knows Maxie knows she can’t keep her mouth shut, and more than likely Lucy will find out! Either Maxie will blurt something out directly to Lucy, or she will be talking to someone else in the office and Lucy will overhear!

Lucy already knows that Sasha hasn’t been on her game. As a matter of fact, the night after she and Michael Corinthos (Chad Duell) had broken up, Sasha had shown up tired and a bit disheveled after crying all night. Lucy had met with her in the Metro Court and gave her a good talking to about getting her act together! It was that conversation that led Sasha to take some cocaine that was offered her upstairs in the Deception offices dressing room.

She only intended to take it one time, so she could make it through that photoshoot! And, it worked great – that time! But Lucy will likely not equate Sasha’s subsequent successful photoshoots to her drug use. She’ll assume that the times she has been late or looked a bit tired were because she was partying all night and using, which is a stereotype. Sasha isn’t that type of user.

She’s more like the person who gets addicted to pain pills, who suffers from chronic pain. The only difference is that Sasha’s pain is emotional, not physical. Sometimes emotional pain is just as difficult to deal with, if not more so! The last thing poor Sasha needs now is to get fired from her job; but if her overdose gets back to Lucy, that is very likely to happen!