The Bold And The Beautiful Spoilers: Aaron D. Spears Wants Justin To Play A More Prominent Role On The Show 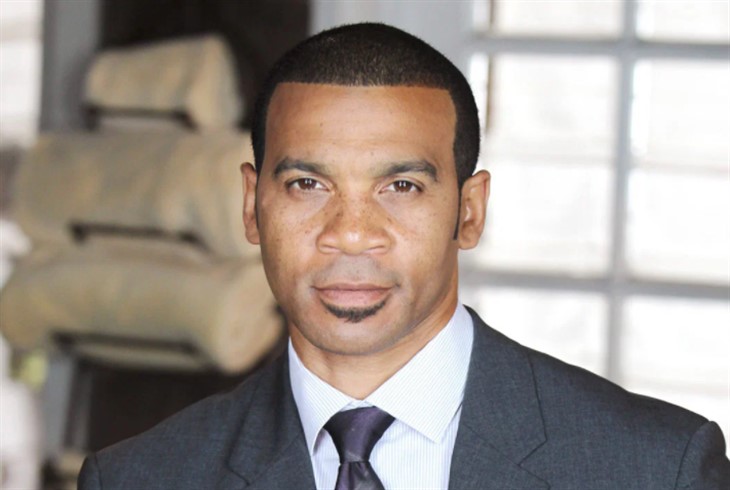 The Bold and the Beautiful spoilers say that Aaron D. Spears (Justin Barber) wants his Los Angeles character to play a more prominent role on the show, or at least have a more prominent seat at the Forrester dinner table come this time next year. The handsome actor recently opened up about what steps he’s hoping Justin will take in the coming weeks, both professionally and personally. Here’s what he has to say.

The Bold And The Beautiful Spoilers – Aaron D. Spears Says He Wants Justin To Play A More Prominent Role On The Show

Speaking to Soap Opera Digest in a new interview, the handsome actor says that he hopes B&B fans will get to see a more casual side to his character in the coming weeks. He told the publication, “When Jennifer Gareis came back to play Donna, I was like, ‘Okay, possibly something’s going to happen.’ I thought, ‘Probably somethings going to pop,’ but it just never jumped off. I was like, ‘How can we be on the same set and not even say hi to each other, not flirt with each other, not have lunch or dinner or going to the movies? Nothing?’”

Aaron went on to say that with all the new protocols put in place, Thanksgiving at the Forrester house did not happen, but he is still feeling grateful and blessed to be working as long as he has on the show. With that said though, the handsome actor points out that it while things are a little different this year, he’s hoping that his character will have a more prominent place at the dinner table come next year. That, and hopefully something will reignite between him and his on-again, off-again love, Donna. When it comes to this fictional town of Los Angeles, you just never know what to expect, right?

The Bold And The Beautiful Spoilers: Friday, December 4 – Liam Gets Startling News From Hope – Finn Makes A Diagnosis For Thomashttps://t.co/J31t6JfXEl

B&B Spoilers – Will Justin And Donna Hook Up Again?

Needless to say, B&B fans will simply have to tune in each and every day to find out what will happen next. The Bold and the Beautiful airs weekdays on the CBS network. Check your local listings for times.