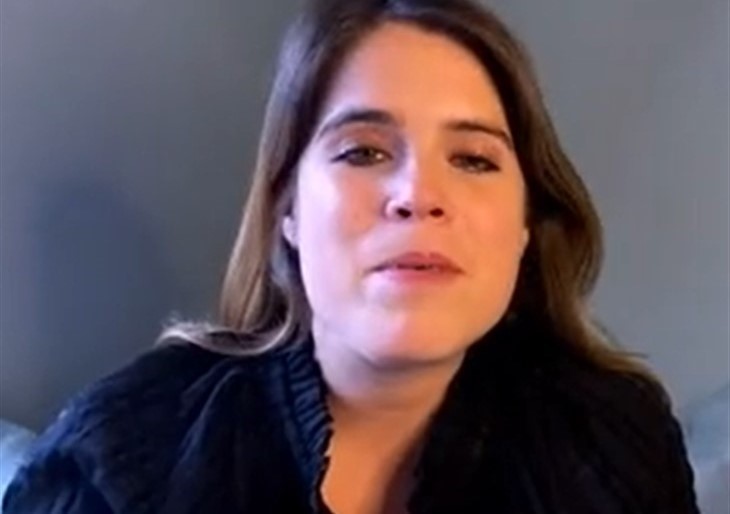 British royal family news reveals that Princess Eugenie has been in the headlines recently and once again she is receiving attention, but this time for a very uncontroversial reason. Eugenie is pregnant with her first child with husband Jack Brooksbank and this week she shared a video message via the Anti Slavery Collective which she co-founded.

Eugenie sent the message to thank the groups that are helping the most vulnerable individuals during the ongoing COVID-19 pandemic.

Eugenie said, “I had the great privilege of visiting both the Salvation Army food distribution hub and a safe house this year, where I got to see their incredible staff in action.”

“In response to COVID-19, Salvation Army staff have been working tirelessly to help people in need. That includes rolling out one of the largest food distribution centers in their history.”

She went on to describe how the Salvation Army staff are trained to spot possible victims of modern slavery saying, “Thanks to their efforts, numerous vulnerable people have been rescued and are in safe houses, just like the one we visited in October, receiving the care and support they so vitally need.”

“Thank you to everyone at the Salvation Army for all their work this year. I wish you all a very Merry Christmas and a Happy New Year.”

The message of gratitude was played during the Salvation Army’s virtual carol service, and also included words from Judi Dench and Lee Mead.

Royal Family News: Why Princess Diana Would Have Gotten Along With Kate Middleton https://t.co/ILWC85G3Rw pic.twitter.com/nMqkYyf0wb

Prince Harry’s Windsor Home Has Reportedly Been Loaned To Eugenie

The Anti-Slavery Collective was formed in 2017 by Eugenie and Julia de Boinville. They formed the group after a trip to India and seeing the extent to which slavery exists in the modern age. The group is, “all about convening people, connecting people, and highlighting the incredible work that is being done in this space.”

This spring Eugenie and Jack spent time at the Salvation Army’s food distribution hub and helped pack boxes with supplies for those impacted by the pandemic.

It has been reported that Eugenie and Jack are moving from their London home to Frogmore Cottage, the place given to Harry and Meghan by the Queen in 2018. The pair ordered extensive and expensive renovations then declared it unfit for them to live in. Only after much outcry did they agree to repay the taxpayers who shelled out the dough for the renovations.