The Bold And The Beautiful Spoilers: Will Liam Confess His Infidelity To Hope? Vote Now! 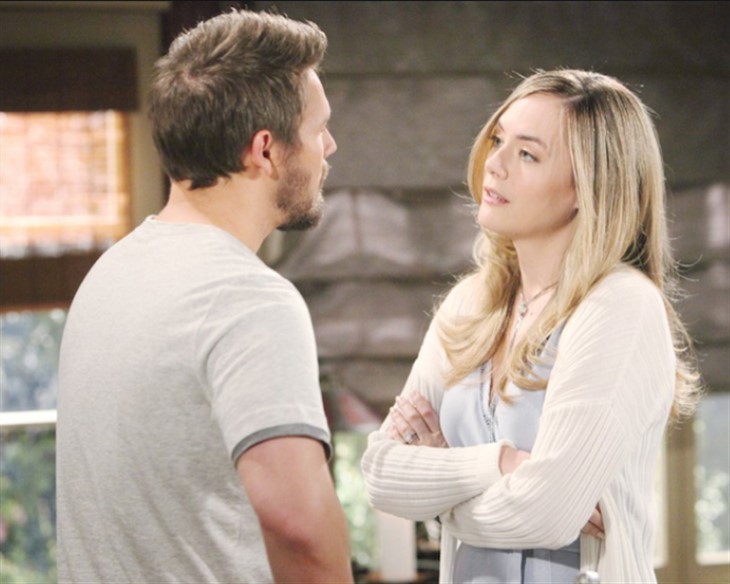 The Bold and the Beautiful spoilers indicate that Liam Spencer (Scott Clifton) may be making a confession to his wife Hope Logan (Annika Noelle).

As B&B fans saw this past week, it looks like the saga with Liam, Hope, and Steffy Forrester (Jacqueline MacInnes Wood) isn’t over yet.

After barging in on what he thought was an intimate moment between Hope and Thomas Forrester (Matthew Atkinson), Liam went over to Steffy’s house.

While downing a few drinks, Liam believed his marriage to Hope was over and that he made a mistake dumping Steffy for her. Liam and Steffy then hit the sheets, and now they’re left to deal with the aftermath.

The Bold And The Beautiful Spoilers – Liam Spencer’s Mistake

The morning after his night with Steffy, Liam was confused about where he stood in his relationship with Hope.

He would later confront his wife about what he witnessed between her and Thomas. Hope would then explain to Liam that she wasn’t with Thomas, and she saw him kissing the mannequin not her.

Upon learning about the misunderstanding, Liam realizes he made a terrible mistake. Hope wasn’t the one who was unfaithful, he was. Now, he’s going to be left with a big dilemma.

Discovering that Hope didn’t cheat is going to change Liam’s relationship with her. When he was at Steffy’s, he was ready to give up on Hope. Now, he’ll realize what a fool he’s been and try to work on saving his marriage.

However, there’s one big secret he’s keeping from his wife, one he may not be able to hide.

The Bold And The Beautiful Spoilers: Steffy Proves Finn Was A Fling – ‘Steam’ Remains Her Dream

The big question is whether Liam will confess about his night with Steffy.

He wants to do the right thing and confess. Although he knows this is going to break Hope’s heart, he’s hoping by some chance she’ll forgive him. However, Liam’s decision to confess is going to upset Steffy.

Steffy was at a point in her life when she was finally moving on from Liam. She’s in a relationship with the handsome Dr. John “Finn” Finnegan (Tanner Novlan), and contemplating a future with him.

Create your own user feedback survey

She knows she made a mistake in sleeping with Liam, and she doesn’t want this to destroy what she has with Finn. In her opinion, it’s best if she and Liam go back to their lives, pretending as nothing happened.

Liam loves Steffy, and knows that if the secret gets out it would break up both their relationships. Although a part of him wants to confess, he also doesn’t want to hurt Hope and Steffy by keeping it a secret.

Whatever decision Liam makes, it’s going to alter his relationship with both ladies.