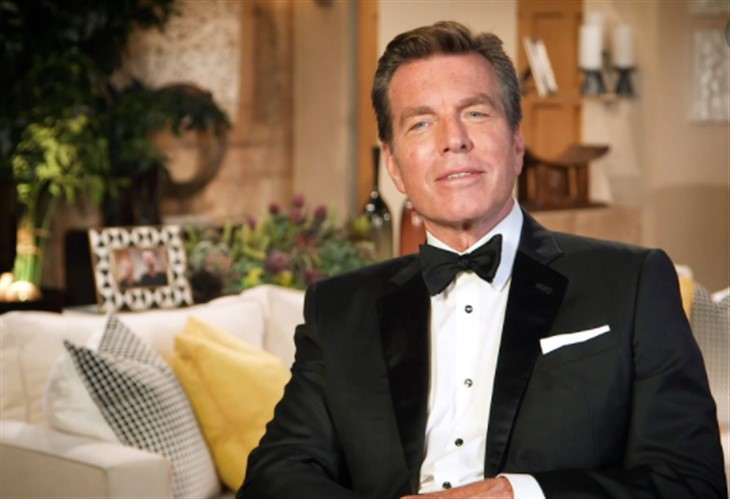 CBS The Young and the Restless spoilers reveal that Peter Bergman (Jack Abbott) is the latest soap star to reminisce about the show’s incredible 12,000th episode milestone. The event occurred this week and it was celebrated with a wedding which brought together the core Genoa City families.

Bergman debuted as Jack Abbott on The Young and the Restless over 30 years ago. He recently walked down memory lane with Soap Hub, and we have some of his insights for you right here.

Bergman previously starred on All My Children as Dr. Cliff Warner and has won three Daytime Emmy Awards over the span of his illustrious career.

“When I started in this business on All My Children [as Cliff], I was 26,” he said. “James Mitchell [Palmer] started at the same time. Looking at James, I realized that this was a job to take very seriously. In daytime, you get to work as an actor. Never ever take that for granted. I have since gone on to impress that to anyone on this show that I can. I tell them that this is a job, it’s a great job, and I’m eager to help you if I can.”

More recently his character was caught up in his mom Dina Mergeron’s (Marla Adams) passing from Alzheimer’s, and he talked about how COVID affected production.

“Since we’ve been back in August, we’ve had challenges [with safety protocols]. I thought staying six feet apart hasn’t been a burden for me — until Dina died. That was so hard to do. No touching. No comforting one another. In the end, however, I was very proud that it was as emotionally gripping as it was. We did it all with our hands figuratively tied behind our backs.”

He added, “Having one more person die in this era of COVID [required us] to be creative and have Dina go off into that good night in a way where it wasn’t a dear, broken woman in a chair. I was happy with [how it was done]. I’ve made it my business to stay in touch with [Marla] throughout and I’ve talked to her since. She’s doing fine. She’s grateful that a six-month return turned into a four-year job where she got a Daytime Emmy nomination.”

The Young And The Restless Spoilers Monday, December 7: Billy Says He Lied To The Police – Chelsea Fibs To Adam – Jill's Desperate Planhttps://t.co/hzlxkNbZKr

The Young And The Restless spoilers – What Is Next For Jack Abbott In Genoa City?

So what is next for Jack Abbott? According to Bergman, “Jack started out as the bad boy scion to the family fortune. He’s learned about empathy from getting his heartbroken and from failing to live up to what he thinks his father wanted him to be

He’s struggled through his relationships with his sisters [Ashley, Eileen Davidson, and Traci, Beth Maitland], and their mother leaving them at a young age. All of these things including his father’s passing, possibly the biggest single event in his life, have strengthened Jack.”

“Jack has come to realize — like it or not – the torch has been passed to him … Jack’s changed. Peter has changed. I’ve gotten to play a lot of different colors.”