Days Of Our Lives News: Chloe And Philip Reconnect – Will There Be Sparks Again? 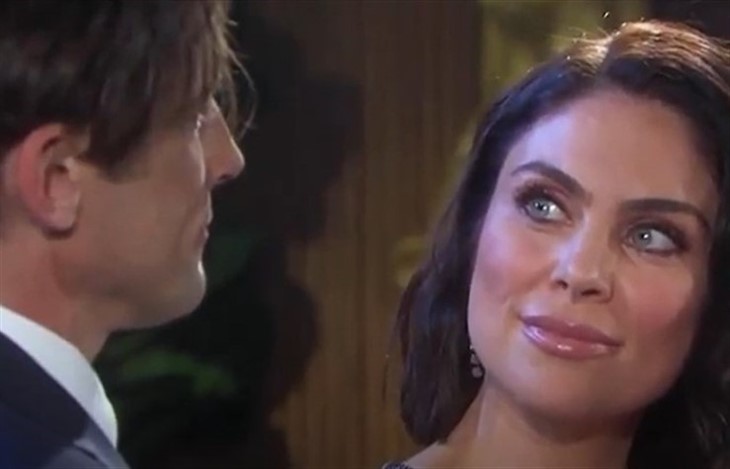 Days of Our Lives spoilers say that in Salem Philip Kiriakis (Jay Kenneth Johnson) and Chloe Green (Nadia Bjorlin) will both be surprised to see one another in Salem. They will spend some time catching up on what’s been happening since their failed attempt to rekindle their romance several years ago, prompting a lot of fans to ask: will they reconnect? Will Philip and Chloe become a new power couple in Salem? Maybe. Here’s what you need to know.

Days Of Our Lives News – Chloe And Philip Reconnect – Will There Be Sparks Again?

For Chloe, seeing Philip again certainly brings back a lot of hurt and that’s because he ghosted her. She didn’t know what was going on and thought that they were on the same page as far as their relationship was concerned. But because they’ve known each other for so many years, Chloe is not holding on to any animosity. At least, that’s what she wants him to believe.

Days of Our Lives spoilers say that at first, Philip will say that he’s back in Salem because he wanted to work in the family business and of course, be closer to his family. However, Chloe feels as though there might be something else he’s not revealing.

DOOL News – Is Philip Hiding Something From Chloe?

Nadia Bjorlin, who plays Chloe Green on the hit CBS soap, puts it this way to Soap Opera Digest, “Chloe priest it out of him that Mimi got him into gabling and it was not good, so they had to part ways. He doesn’t sell it as though he’s in trouble because of the gambling, though. She’s like, ‘I’m a friend and I’m here for you if you want to talk.”

But whether or not Philip is seeking comfort in the arms of Chloe Green remains to be seen. While the two of them are happy to see one another, Chloe does sense that Philip has an agenda. But what that agenda is, she doesn’t know. For now though, it will be interesting to see if sparks will fly between them. Needless to say, Days of Our Lives fans will have to tune in to find out what will happen next.