The Young And The Restless Spoilers: Chelsea’s Health Crisis, Doctor Gives Her Bad News – She Lies To Adam 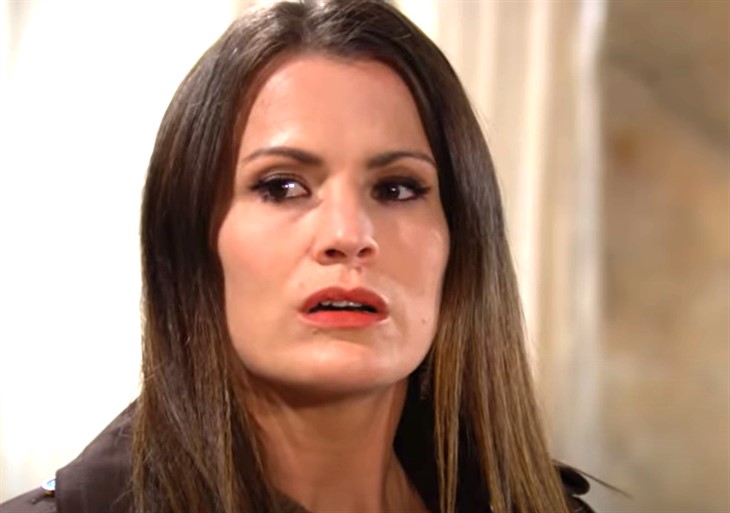 The Young and the Restless spoilers say that in Genoa City, Wisconsin unfortunately for Chelsea Newman (Melissa Claire Egan), it looks like things are going to get significantly worse for her before they get better. Here’s what you need to know.

The Young And The Restless Spoilers: Chelsea Has A Health Crisis

The Young and the Restless spoilers indicate that Rey Rosales (Jordi Vilasuso) will deliver the news to Adam Newman (Mark Grossman) that Billy Abbott (Jason Thompson) has been arrested for Chance Chancellor’s (Donny Boaz) shooting. Chelsea is eavesdropping on the conversation as the cop says that he believes the real shooter might be out there.

After Rey leaves, Chelsea shares her excitement over her and Adam’s plans to visit their son Connor. But because Chelsea has been experiencing a lot of headaches lately, Adam insists that she go to a doctor before they travel.

Speaking to Soap Opera Digest in a new interview, The Young and the Restless head writer and executive producer Josh Griffith teases, “Adam and Chelsea are both eager to escape the drama in Genoa City. However, Adam backpedals on their plan once he suspects that Chelsea’s medical problems are more serious than he realized.”

Y&R spoilers indicate that Chelsea finds out that her health problems are worse than what she believes. After she gets off the phone with her doctor, she lies to Adam and tells him that the doctor simply said that she has low blood pressure and needs to watch her salt intake. Clearly, that’s not the case at all. It doesn’t take long for Adam to bust her for lying though as he spoke to her doctor himself. This is so serious that for the first time in a long time, he’s worried about the future and if Chelsea will even be in it.