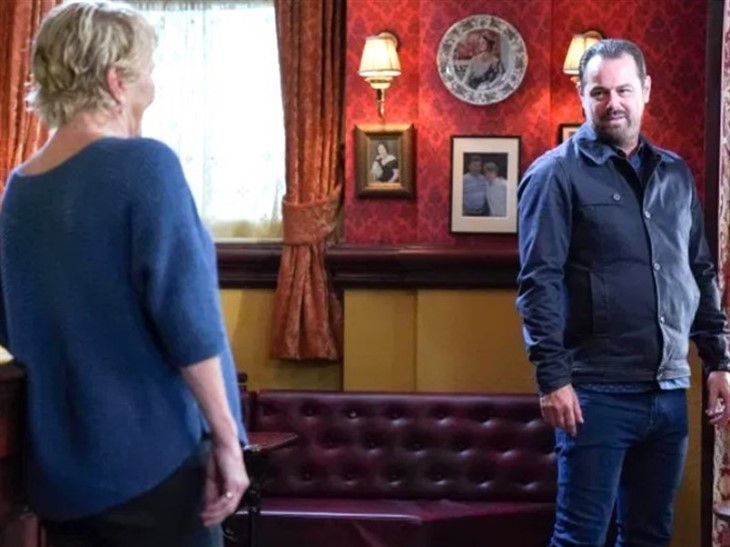 Mick is continuing to spiral and struggle due to the childhood sex abuse he endured, but Katy Lewis (Simone Lahbib) denies. She seems to have convinced Mick that his memories are wrong and she’s actually the victim. He is mentally spiraling downward and alienating everyone close to him except for his abuser. Shirley will try to repair the fractured relationship with her son by bringing him a Christmas gift. However, he throws it right back at her.

Tina Carter Is Fed Up

Eastenders spoilers reveal that Mick is pushing everyone away. This includes Tina, and she has had it with the mistreatment. She gives up on Mick and walks away from him. She tries to tell Shirley that she should do the same. However, Shirley is determined to keep trying to reach Mick no matter how badly he treats her.

Mick will also keep pushing Linda Carter (Kellie Bright) away. After she meets the famous Katy, Linda has some hope for her marriage. Katy tells her that Mick brags about her all the time. So, Linda gets all dolled up for Mick and goes to kiss him. However, he pushes her away, which leads to her making a decision.

Shirley will talk to Gray about Mick. Even though Tina says they should give him what he wants and just walk away, Shirley wants to keep trying. Gray listens to Shirley and tells her she’s doing the right thing. Thankful for the encouragement, Gray and Shirley bond over the conversation.

However, she will definitely feel differently when she finds out the truth about Gray’s relationship with Chantelle Atkins (Jessica Plummer) and that he contributed to her death.

Eastenders spoilers reveal that Suki has a brand-new scheme, and she’s keeping it a secret from her own family. Kheerat Panesar (Jaz Deol) is suspicious and wants to know what his mother is up to now. Suki’s plan ends up backfiring, but Kheerat will make a discovery that could turn him into his mother’s worst enemy.