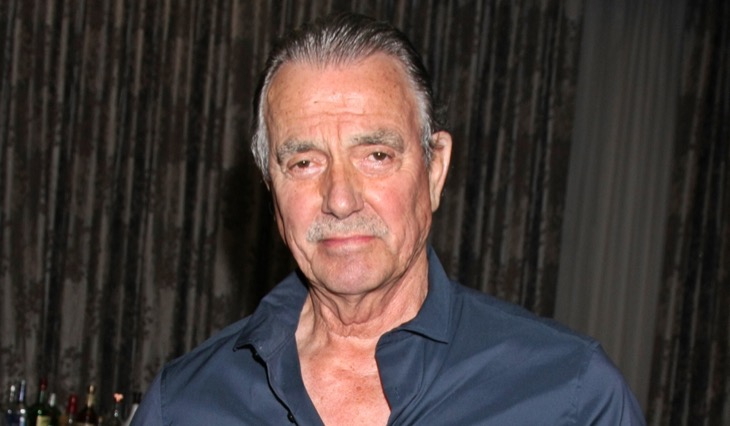 CBS The Young and the Restless spoilers divulge that your favorite daytime drama might look very different today if one superstar had followed through with his desire to quit decades ago. Today the Genoa City, Wisconsin landscape is synonymous with Victor Newman, as portrayed by Eric Braeden. But once upon a time Braeden almost quit the number one rated soap opera!

The Young and the Restless Spoilers – What Caused Eric Braeden To Consider Leaving The CBS Soap?

Braeden has starred as Victor Newman on The Young and the Restless for four decades. The show recently aired its 12,000th episode and as you might imagine, the soap’s stars are doing a lot of reminiscing.

According to Braeden he hadn’t been on the soap for long when he began to entertain thoughts of quitting. What happened to change his mind?

Braeden began his story by recalling that when he was asked by his agents if he was interested in doing a soap opera, he replied, “I said, ‘What is that? They have television during the day?’ I didn’t know.”

As luck would have it he got the role but it was only a three-month gig. He recalls, “I hated it. I couldn’t stand it. Because I played a bad guy, and I had burned out playing bad guys. I’ve played bad guys on over 120 television shows, and I was sick and tired of it.”

The Young and The Restless Coming and Goings: Eva LaRue And Jason Canela Back To Y&R https://t.co/J4e7or8Vsx pic.twitter.com/z3A3RuBTXo

The Young And The Restless Spoilers – What Happens Next As The Show Celebrates Over 12,000 Episodes?

So what happened? Braeden talked with the Y&R’s creator, the late William J. Bell. “I asked Bill Bell to imbue this character with a background that explains why he became who he was,” Braeden said.

Bell was willing and as a result, fans learned of his background when Victor told Nikki (Melody Thomas Scott) he was abandoned by his poor mother and alcoholic father at an orphanage when he was 7-years old.

“Once I played that scene, I walked in my dressing room and I called my wife. I said ‘I’m gonna stay,’” the actor shared. “Because I could see it open all kinds of possibilities.”

Indeed it has, as Victor is one of the legendary icons of daytime. It’s impossible to imagine Genoa City without him and the family he created with a one-time stripper, Nikki.