Days Of Our Lives Comings and Goings: Nadia Bjorlin Returns To Salem, Talks What’s Next For Chloe 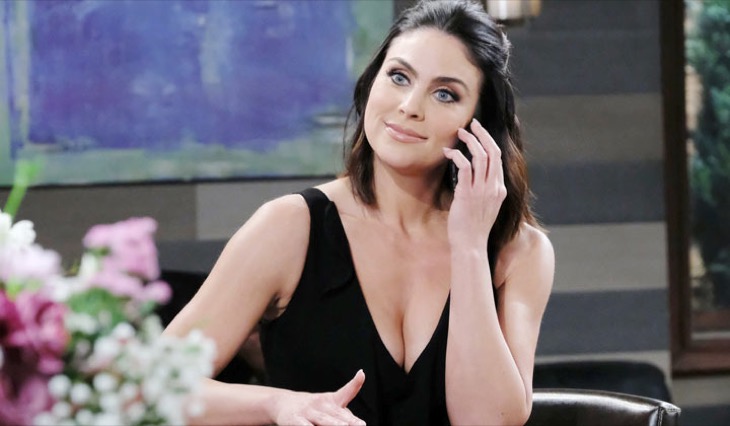 Days of Our Lives spoilers say that Najia Bjorlin (Chloe Green) is returning to Salem and just in time for more drama! The last time that the brunette beauty was in town was in early 2019, and just shy of her 20th anniversary on the show. Now that she’s back where she belongs, Chloe says it certainly feels good. Here’s what you need to know.

The last time Nadia was in the mix was when she filmed the Last Blast Reunion for the Days of Our Lives app. While the actress says that she wasn’t sure if she would ever return to filming regularly again, rumors of her return began to spread. Unfortunately, that’s when the pandemic hit, and all of her plans were put on hold.

Speaking to Soap Opera Digest in a new interview, Nadia puts it this way, “It was frustrating, obviously. I was looking forward to seeing what was going to happen, but not unlike the rest of the planet, which had to come to a screeching halt. I’m no exception to the rule of feeling really discouraged and wondering what’s going to happen in the world, because I found out in January that I was coming back and I was like, ‘Oh, okay, great. What’s the story going to be?’”

DOOL Spoilers – What’s Next For Chloe?

Nadia went on to say that while she was mentally preparing for her comeback, she found out that her start date kept on pushing back. After one thing let to another, Nadia was supposed to come back the same week that everything shut down because of Covid-19 during what was the beginning of the national lockdown.

Days Of Our Lives News Update: Isabel Durant Explains Why She Needed To Take A Social Media Break https://t.co/RjqGUIBWNY pic.twitter.com/tdBFQa8S5V

Thankfully Nadia and the rest of the Days of Our Lives cast it back and working and that everything has gone rather smoothly these last several months. What’s more, the actress says that it feels great to be ‘home’ again. Now, as far as what’s in store for her character Chloe, she says, “Nothing seems to be off-limits,” which clearly means that there’s a lot of drama in store for her. Of course, Days of Our Lives fans will have to tune in each and every day for all of the action!