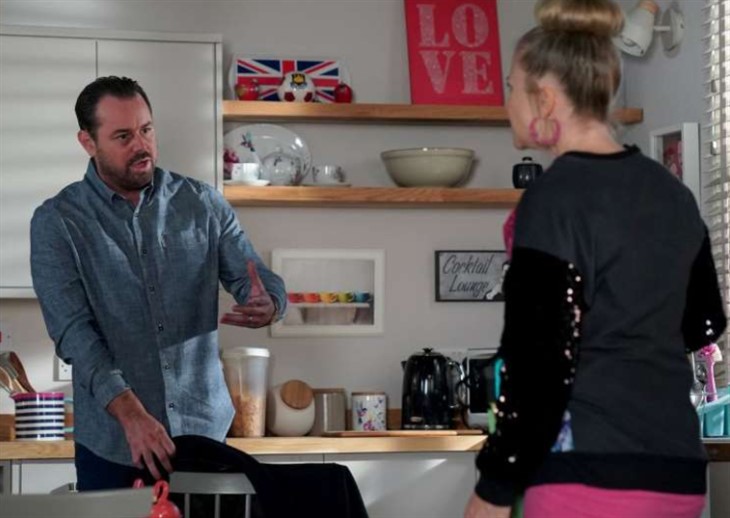 Eastenders spoilers reveal that in Walford Linda Carter (Kellie Bright) will make a decision that she can’t turn back from. It is clear she leaves Mick Carter (Danny Dyer) for Max Branning (Jake Wood). However, there is also going to be murder during Christmas. The childhood abuse secret is tearing the Carters apart, but could the truth — and a brutal crime — bring them back together?

When the soap was on hiatus, Dyer teased that he had a huge storyline. Bright also talked about the Carters’ future and said the marriage would definitely be tested. When new episodes finally returned, we found out that Mick was sexually abused as a boy while in a care home. Ever since Frankie Lewis (Rose Ayling-Ellis) reminded Mick of his childhood, he has really struggled.

It got even worse when his abuser came to Walford and convinced Mick it never happened. Now, she’s further victimizing Mick and manipulating him in order to destroy his entire life. At some point, he’s going to explode. That is probably when his family will learn what he has been going through.

While Mick is dealing with his childhood demons, Linda is being pushed away. She has tried to figure out what is wrong with her husband. She has tried to be open and honest, even about Max’s kiss. But Eastenders spoilers indicate that she will continue to be rejected by her husband. It is confirmed that Linda will make a decision about her future.

Most likely, she leaves her husband for Max. However, Metro teased that there won’t be any turning back once that decision is made.

We know that there is going to be “lethal action” during Christmas. At first, it was thought to be Ian Beale’s (Adam Woodyatt) attack. However, that has already happened, and he is still alive. So, it’s possible that another character is going to die. With Mick overdue to explode with fury, could he commit murder? If so, it could finally have him confess the truth. Linda will finally learn the real reason for Mick’s withdrawal and anger. She will want to help her husband and protect him.

Eastenders spoilers reveal that the Carters have been married a long time. They have children together. They have been through some really hard issues and overcame them all, including Linda’s alcoholism. It was last Christmas when she was so out of control and fans weren’t sure if there was hope for the couple. But in the end, Mick was there to save his wife. Perhaps this year, the roles will be reversed and Linda will be the one saving her spouse.

It’s possible Linda could try to cover up Mick’s crime. But who will he end up killing? Max Branning, Katy Lewis or someone else? And if Mick isn’t arrested, then who will end up going to prison for a crime they didn’t commit?