Royal Family News: Why Is The World Asking If Kate Middleton And Prince William Sleep In Separate Beds? 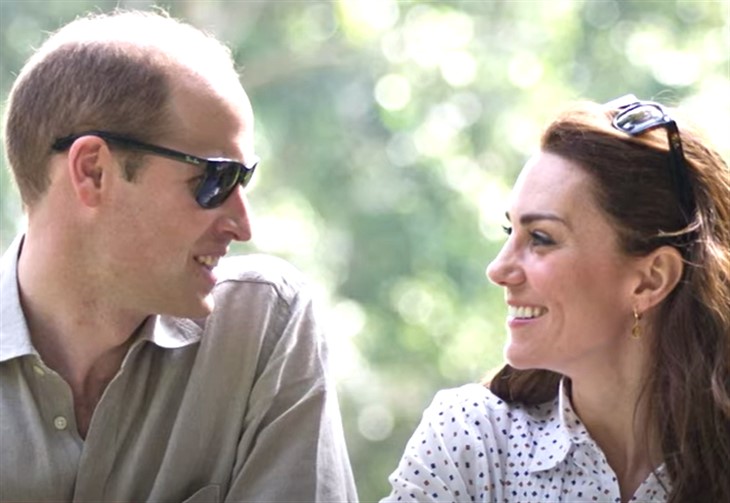 British royal family news reveals that the Duke and Duchess of Cambridge are in the middle of a historic three-day tour of Britain by royal train. They set off on Sunday evening and since then have received tons of publicity, not all of it positive. Their tour takes them to three countries on a mission to thank and recognize essential workers who have given their all during the coronavirus pandemic. But not everyone is thrilled with their morale-boosting effort. At the same time, a curious question has arisen based on their accommodations onboard the classic train.

Photos from inside the train show two separate bedrooms, one for Kate and one for William. It is known that Queen Elizabeth and Prince Philip keep separate bedrooms in keeping with a traditional, royal custom.

Now people are asking if William and Kate are following the same tradition. Keep in mind that they are from a more modern generation, but they are royal and somewhat traditional.

They live mainly at Kensington Palace with their three children, Prince George, Princess Charlotte, and Prince Louis, two. Apartment 1A has two master bedrooms on the ground floor but while the option is there for them to sleep separately, Kate and William are understood to share a bedroom.

Kate And William’s Sleeping Arrangements Are Being Questioned

As if to reinforce this fact, the couple were reported to have purchased a special bed in 2013 following their move from Anglesey. The Cambridges apparently missed the bed they had in their rented home and so purchased the exact same model from Healthbeds for their new London home.

In case you’re wondering, the Mail described it as: “Natural Choice 4500 and boasts of ‘sumptuous cashmere, silk, cotton and wool fillings.”

Not Everyone Is Thrilled With The Couple’s Whistle-Stop Tour

The Royals arrived in Edinburgh this morning but royal watchers have questioned the wisdom of a transnational trip given COVID restrictions. First Minister of Scotland Nicola Sturgeon did not extend a welcome message to the couple during her daily briefing when despite asked about the trip.

Her response was seen as a disapproval of the trip: “The Scottish Government was advised about the intention to visit, and we made sure that the Royal Household were aware, as you would expect, of the restrictions in place in Scotland so that could inform both the decision and the planning of the visit. Any more questions on that should be directed to the Royal household.”