The Young and The Restless Spoilers: Eyewitness Who Saw Billy In The Area Of The Shooting Paid Off By Victor? 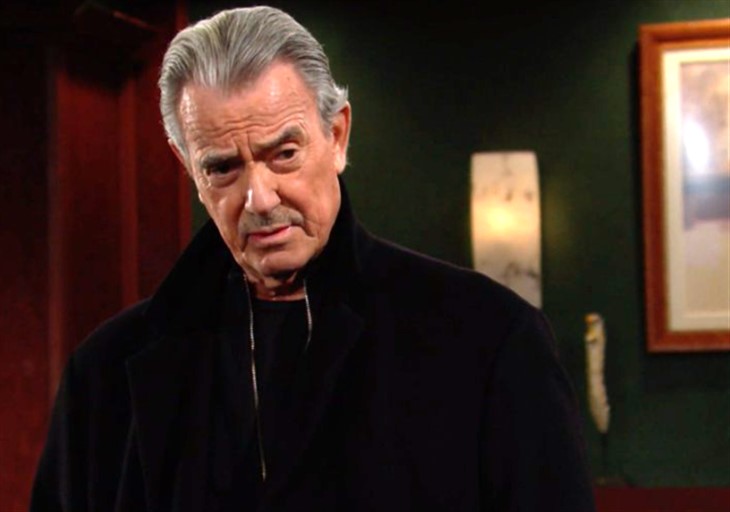 The Young and The Restless spoilers tease that in Genoa City, Wisconsin the eyewitness who saw Billy Abbott (Jason Thompson) in the area of the shooting may have been paid off by Victor Newman (Eric Braeden)!

Victor firmly believes “Billy Boy” is to blame for the shooting that was an attempted murder of his son, Adam Newman (Mark Grossman). He’s not wild that Chance Chancellor, (Donny Boaz) took a bullet for Adam either. Victor was good friends with Katherine Chancellor (Jeanne Cooper) and she would have been upset with Chance getting shot, too.

Plus, this is his daughter Abby Newman’s (Melissa Ordway) fiancé, now husband who got shot. Victor would in no way have set up the shooting – but he may have paid off the eyewitness who is the secret weapon that the police and the DA have! It is true that Billy was an easy target and would be an easy person of interest for the police if someone was going to frame him. After all, Billy had tried to kill Adam before. It is this history – at least the known history – of the animosity between Billy and Adam that makes Billy a likely suspect in the shooting.

Plus, the bullet pulled out of Chance matches Billy’s gun, a gun that had been hidden in a closet at the house eh shared with Victoria when they were married. Victoria had mentioned a break-in but didn’t report it because she didn’t think anything was missing. She assumed it was Adam! The police – and Victor – don’t know about the last time Billy tried to kill Adam when he had dissociative identity disorder and was hallucinating Delia Abbott (Sophie Pollono) whom Adam accidentally ran over. Among the Newman family, only Victoria Newman (Amelia Heinle) knows about that.

The Young and The Restless Coming and Goings: Eva LaRue And Jason Canela Back To Y&R https://t.co/J4e7or8Vsx pic.twitter.com/z3A3RuBTXo

Victor will argue and has argued about Billy’s innocence – with Victoria, and with Lily Winters (Christel Khalil) who has been defending his innocence. It has even been suggested that Victor set the whole thing up to frame Billy – by Billy, of course. But this makes no sense, what if Adam had been hit, or even worse, killed? It was bad enough that Chance took a bullet the day of his engagement to Abby! Now, all of the sudden police have identified, and are protecting an eyewitness. The eyewitness has been said to have put eyes on Billy in the area that the shooting happened when it happened.

Viewers of The Young and The Restless will recall that Chance spotted a sniper standing on the roof of a nearby building, which may have been the ChancComm building. He pushed Adam out of the way and was hit. It will likely come out in the trial whether Billy was merely in the area or standing on the roof, but if Victor has paid an eyewitness he or she will say Billy was on the roof with the gun. That will make the case – and Billy’s stint in prison!