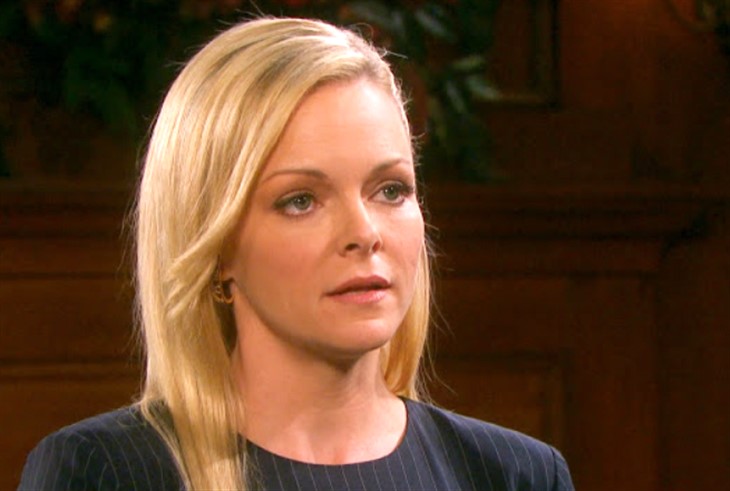 Days of Our Lives spoilers say that Martha Madison (Belle Black) is so happy to see her good friend Heather Lindell (Jan Spears) back on the canvas. Here’s what she has to say.

Speaking to Soap Opera Digest in a new interview, Martha says that even though it’s been quite some time since they were both on the show, they’ve kept in touch throughout the years. That’s because both of their families are in the bar and food and beverage business and seeing how they have children close in age, they’ve always gotten together for good times and memories. Martha also says that she’s so happy to see Heather as her character Jan again, as there’s so much that is to be told about her story.

The actress told the publication, “I felt like there was always so much more to do, and she is so fun and the character of Jan is so fun. It’s just been very nice to have that injection of the fun story again and resolving a lot of these loose ends from years past. It’s been so fun working with her. I love working with Heather. She is the most consummate professional but also has the greatest sense of humor, and we get together at each other’s houses and have an excuse to hang out, so we can run lines. It’s fun.”

Newcomer Isabel Durant (Claire Brady) also has nothing but praise for Heather. She added in the same interview that she loves working with the DOOL veteran. From the sounds of it, Heather is one of the most popular actresses on set right now. She said, “She’s so fun, and we have had some really great stuff together. Claire’s relationship with Jan is a really interesting one because they have both suffered through similar traumas and similar illness so there’s an inherent bond.”

Now, as far as what’s in store, DOOL fans will simply have to tune in to find out. Days of Our Lives airs weekdays on the NBC network. Check your local listings for times.