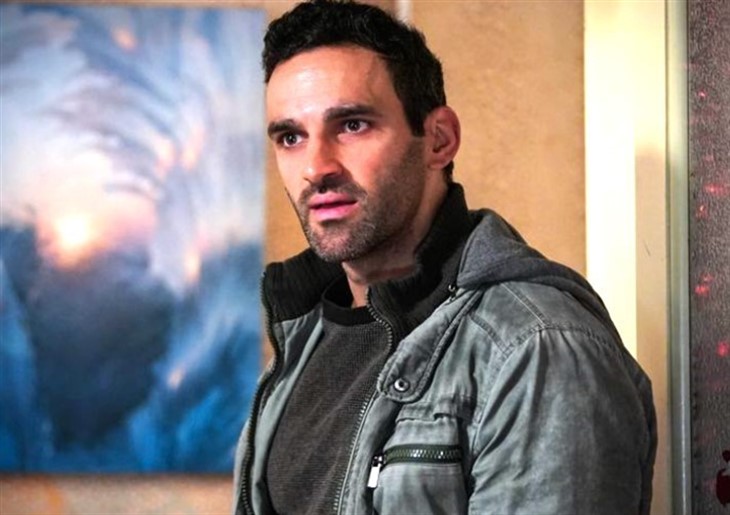 Eastenders spoilers reveal that this week in Walford, Kush Kazemi (Davood Ghademi) will turn himself into the police. He has been watching his loved ones suffer as a result of his actions, everything from the gambling to his mistake in the robbery. It is confirmed that the actor is leaving in 2021, so this very well could be the beginning of the end for Kush.

When the soap returned from hiatus, we found out what everyone had been doing during lockdown. Kush ended up spending his time gambling online and it became a problem for him. He was in denial and really thought he could “beat the system.” He did end up winning a big bet, but then proceeded to lose it all.

Eastenders spoilers reveal that Suki Panesar (Balvinder Sopal) suddenly increased the rent claiming that there are more people living in the home now. That put a lot of stress and strain on the family. Then, Suki took advantage of Kush’s addiction. She had plans on what to do with the house and how to drive them out of the area.

While they ended up being able to stay in their home, things for the Slater family are not exactly going well right now. Just last week, we saw Jack Branning (Scott Maslen) catch Kush and Kat Slater (Jessie Wallace) sneak down from the attic while he was distracted by a fake rat.

Kush sees how his mistakes are affecting his loved ones. Things got worse when Kat made a deal with Phil Mitchell (Steve McFadden). However, Kush gave the wrong code, then stalled when Ian Beale (Adam Woodyatt) tipped off the police about the robbery. Kush is feeling overwhelming guilt for what his loved ones are going through and will make a decision.

Kush Kazemi Turns Himself In

On Tuesday, Kush will turn himself in to the police. Meanwhile, Kat tries to get money from Phil, but he only gives her a tiny percentage. Then, Jack reveals that Kush turned himself in, which has Phil giving Kat a warning . She thinks it would be best to just skip town by herself.

Now, she might be worried that he will get everyone in trouble. However, guilt is driving Kush’s decision, so will likely take the fall for the whole thing in order to protect his family. However, Kat’s next decision could end up ruining Kush’s attempt to protect her.