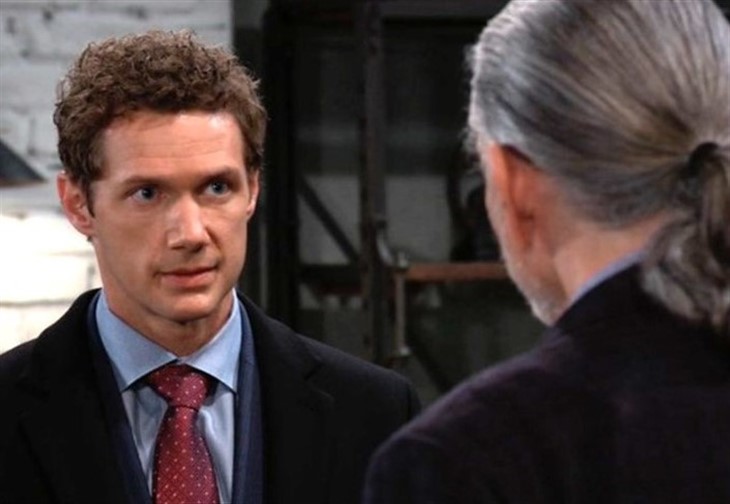 General Hospital (GH) spoilers tease that in Port Charles, NY Cyrus Renault (Jeff Kober) hates loose ends. As seen by his order to have Brad Cooper (Parry Shen) killed, Cyrus is willing to kill to keep such loose ends from popping up. So it most likely won’t come as a surprise if he orders Sasha Gilmore (Sofie Mattsson) to be disposed of. Cyrus provided Sasha with the drugs she overdosed on, nearly killing her. Cyrus already tried to kill Sasha himself while she was still unconscious by turning off her medical equipment.

But that was unusual for Cyrus. He tends not to get his own hands dirty. He didn’t bomb the Floating Rib himself. Instead, he had Julian Jerome (William Devry) do the dirty deed for him. So now that Sasha is awake and seems to be recovering if Cyrus decided that he doesn’t want Sasha to blab about where she got the drugs, he will have someone else do his dirty work. And he hasn’t really tested Brando Corbin’s (Johnny Waycor) loyalty as of yet. What better way than to have him take Sasha out for good?

But unbeknownst to Cyrus, Brando is secretly working undercover for his cousin, Sonny Corinthos (Maurice Bernard) in order to help take Cyrus out of the picture. Brando isn’t a killer, at least not that we have seen. So how would Brando retain his cover while keeping Sasha out of harm’s way? He could always enlist Sonny’s assistance and help Sasha fake her death, letting Cyrus believe that Brando killed her. This seems unlikely, as Marcus Taggert (Real Andrews) has already faked his own death for exactly the same reason.

The only option is to convince Cyrus that Sasha isn’t a threat. If Sasha pretends not to remember where she got the drugs that almost killed her, Cyrus may just leave her alone. Or Brando could just tell Cyrus that Sasha has no intention of revealing where she wants the drugs because she wants more. Either of these options is hardly foolproof. Having Sasha pretend to still want the drugs even as she is trying to recover from her addiction is playing with fire. And if she pretends to just not remember, Cyrus may not want to take the chance that she eventually recollect everything!

General Hospital Spoilers: Willow And Michael Make A Final Decision On Whether They Will Stay Married! #GH #GeneralHospital https://t.co/g5vGjOQGCw

Will Cyrus task Brando with killing Sasha? How will he get out of doing the dirty deed? And will Sasha play along? Anything can happen in Port Charles, so stay tuned to General Hospital airs weekdays on ABC. And don’t forget to check back right here regularly for all your General Hospital news, information, and spoilers!