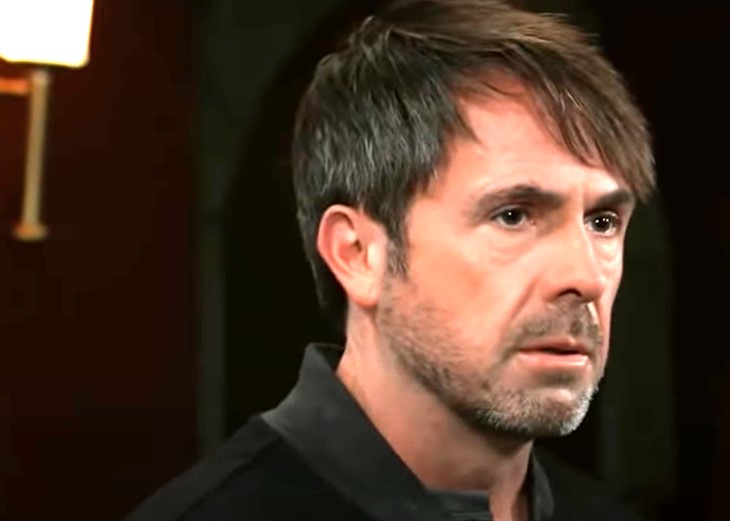 ABC General Hospital spoilers tease that what happens on Monday, December 14, 2020, after a fantastic Friday Cliffhanger in Port Charles, NY  will knock your socks off. The way the action went down on Friday it’s as if November Sweeps ran long and TPTB have extended the bonus period into the final month of the year. And we’re not complaining!

Let’s get started dishing everything you need to know to kickstart your week in Port Chuck.

It could be the end of Cyrus Renault’s (Jeff Kober) reign of terror if Sonny Corinthos (Maurice Benard) has anything to do with it. He’s willing to exchange favors with Julian Jerome (William deVry) if Charlie helps him to put the Salt ‘N Pepa mobster away. What Julian does next will surprise you!

But Cyrus has to worry about Britt Westbourne (Kelly Thiebaud) who wants to know if he’s playing games as CEO. Do they come to a mutually disagreeable agreement?

Britt’s mom Liesl Obrecht (Kathleen Gati) is a world away and dealing with her own hot mess—a dead body. Luckily she has Scotty Baldwin (Kin Shriner) on her side. Wait a minute, he’s the one who got her into this mess in the first place!

General Hospital Spoilers – There Is Deep Doo At Deception

Elsewhere, Maxie (Kirsten Storms) is talking up a storm about Deception but will it ultimately be good or bad for business? It could be that Sasha Gilmore (Sofia Mattsson) is out of luck now that her coke-snorting history has come to light—what kind of cover girl is that to build a brand on?

Speaking of Sasha what interest does Brando Corbin (Johnny Wactor) have in the hot mess? He makes one of those one-sided phone calls and asks if the person is alone. Is he talking to his new rescue mission Sasha or does this have to do with something entirely different?

What is the good lawd’s name has Tracy Quartermaine (Jane Elliot) gone and done now? Her eyes popped out when Alexis Davis (Nancy Lee Grahn) said she wants to spill about her drunken one-night stand, and explosive show spoilers reveal that Tracy may have topped herself. We know that Alexis is passed out at the wheel of her car—you won’t believe what happens next!