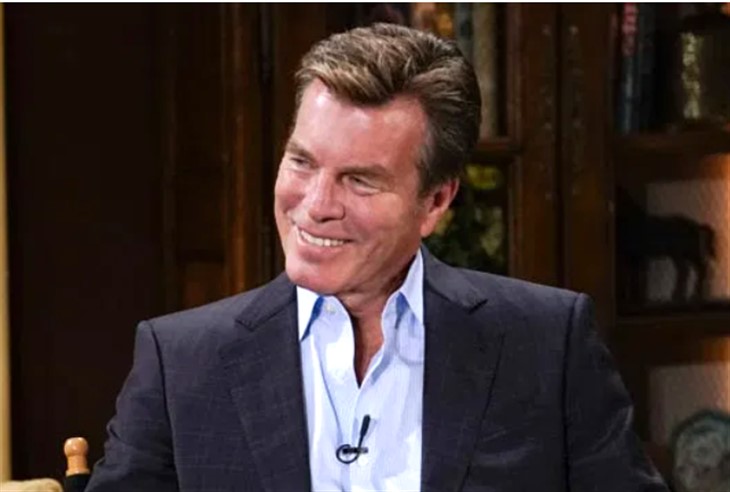 The Young and the Restless star Peter Bergman (Jack Abbott) might be keeping very busy in his fictional town of Genoa City, but that doesn’t mean he’s not keeping tabs on what’s going on at the other major network soaps. In fact, Peter recently admitted that he loves the fact that actress Kim Delaney is back on daytime television as he is a huge fan of her work and her talent. As many fans know, Kim now plays Jackie Templeton on General Hospital. Here’s what you need to know.

Speaking to Soap Opera Digest in a new interview, Peter admitted that he was a huge fan of Kim when she was still on All My Children. In fact, the two of them used to work together, as many soap fans would know that Peter used to play Cliff on the show. Peter couldn’t help but recall the first moment that he saw the young actress at the AMC studio. He says that it was also the same time when actor Larry Lau was hired to play Greg.

Peter says, “We all showed up in the morning after everybody had just barely gotten out of bed. Then Kim Delaney shuffled in, saying she hasn’t slept well at all the night before, and she had a headache and desperately needed coffee. But I just stared at this girl because she looked like a million dollars and it was 7 in the morning! I was like, ‘Oh my God. Look at you!’ She turned out to be such a lovely person and actress and was so good in the storyline with Opal, and of course Jenny and Greg’s romance was legendary. Kim really made her own mark in daytime.”

Now whether or not Peter will ever get another opportunity to work with Kim again in the future remains to be seen. As much as fans love seeing her on General Hospital, it would be great to see her on The Young and the Restless, too, right? Fingers crossed!