The Bold And The Beautiful: Thomas Recovers Post – Collapse With A New Perspective 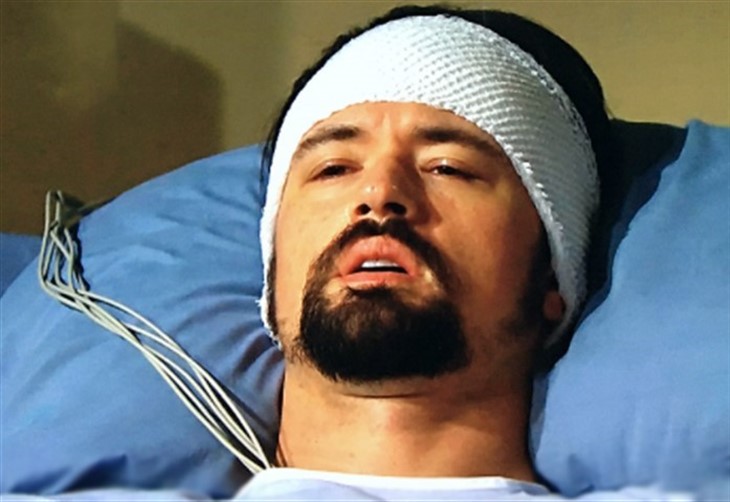 The Bold and the Beautiful spoilers indicate that in Los Angeles while Thomas Forrester (Matthew Atkinson) will thankfully wake up after his nearly fatal collapse, he will do so with a new perspective on life. But will this make him realize that being obsessively in love with Hope Logan (Annika Noelle) and a doll that looks like Hope is not good for his mental health? Perhaps. Here’s what you need to know.

According to the latest edition of Soap Opera Digest, spoilers say that after Thomas passes out in front of Hope, he will wake up in the hospital both dazed and confused. He truly doesn’t know what is going on even though he’s been in this same place before many times in the past.

The Bold And The Beautiful Spoilers: John McCook Explains Eric And Shauna, It’s About Charm And Martinis!

Speaking to the publication in a new interview, actor Matthew Atkinson, who plays Thomas on the hit CBS soap, puts it this way, “This is a very weird experience for him because of the extreme events that have occurred, and he doesn’t necessarily remember all of it. He feels like he’s in a dream state, and now he’s trying to make sense of what happened. He’s wondering why he’s in the hospital, and if what he experienced with Mannequin Hope was real.”

The Bold and the Beautiful spoilers say that Thomas will then have a very pivotal conversation with his father, Ridge Forrester (Thorsten Kaye). Ridge tells his wayward son that if Hope had not been there, he won’t be here now. Thomas then realizes that Hope had saved his life.

The Bold And The Beautiful Spoilers: Zoe And Zende Caught, Paris’ Vicious Reaction To Being Played #bb #boldandbeautifulhttps://t.co/HVEmih5QAE

B&B Spoilers -Thomas Forrester Gets Honest – But Will It Last?

Matthew explains, “That, of course, strengthens his draw to Hope but when he talks to his father about his feelings toward her, Thomas is much more direct and honest about what’s going on in his heart, as opposed to it being a tactic to make his father believe he is a certain way.”

At the end, Thomas knows that as much as he does care for Hope, she is still with Liam Spencer (Scott Clifton). Luckily, Thomas is coming from a much more honest place now. But will it last?