The Young And The Restless Spoilers: Theo Urged To Drop His Lawsuit, Will He Make A Drastic Move? 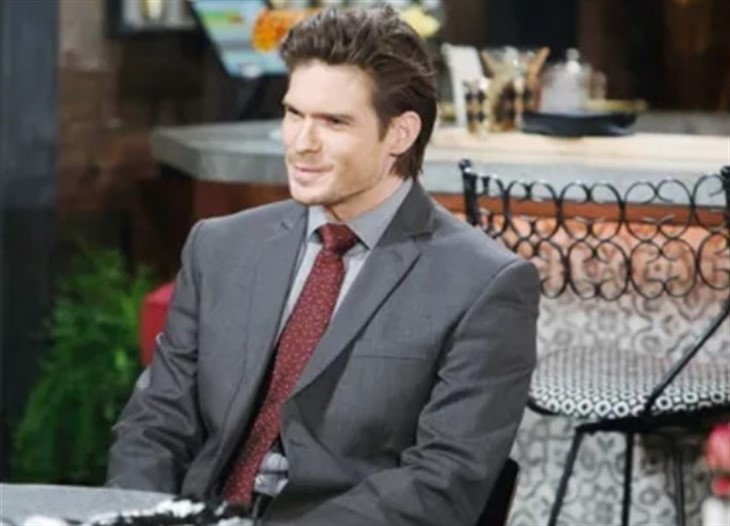 The Young and the Restless spoilers say that in Genoa City, Wisconsin Theo Vanderway (Tyler Johnson) might feel as though he has an ace in his hand, but this good feeling of his won’t last for long. That’s because he’s going to be urged to drop his lawsuit as he is hoping to contest Dina’s will. Here’s what you need to know.

The Young and the Restless spoilers say that Theo thinks he’s got luck on his side as he will approach Summer Newman (Hunter King) and ask her what he should do with his millions after he successfully contests Dina’s will. Summer points out that it’s greed and not justice that is driving him to do this.

Speaking to Soap Opera Digest in a new interview, The Young and the Restless Co-Executive Producer and Head Writer Josh Griffith explains that Summer telling Theo this makes him think that his chances of winning the lawsuit are not as great as he initially thought. Theo then visits Brittany Hodges (Lauren Woodland) to discuss his strategy but doesn’t get the news that he wants to hear.

Griffith puts it this way, “Brittany admits that it’s a long shot. She’s very confident in her legal abilities but tells Theo, ‘You never know what the judge will decide.”

Y&R Spoilers – What Will Theo Vanderway Do Next?

Griffith goes on to say that after he faces the possibility that he could end up with nothing, he wonders if he should proceed forward with the suit. Of course, Jack Abbott (Peter Bergman) thinks otherwise. Griffith said, “Theo and Jack have a heated exchange where buried feelings are revealed and Theo’s future becomes cemented.”

So, does this mean that this might be the last that we see of Theo? Or does he truly do have an ace in his hand? Seeing how no one is giving him a shot at winning this case, we have a feeling that Theo will end up doing something drastic to keep his hopes alive. Needless to say, Y&R fans will have to tune in to find out what will happen next. The Young and the Restless airs weekdays on the CBS network. Check your local listings for times.