General Hospital Spoilers: Jackie Freaks, Returns To PC To Find Finn And Gregory Getting Along! 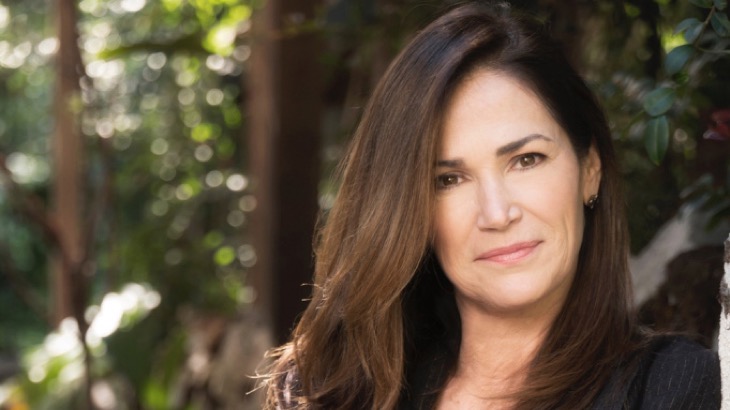 General Hospital (GH) spoilers tease that it shouldn’t be too long before Jackie Templeton (Kim Delaney) makes her way back to Port Charles, NY. As viewers know, Jackie recently left town for an important story. Much has changed in the short time she has been gone. The explosion at the Floating Rib severely injured her partner on the Cyrus Renault (Jeff Kober), Lulu Falconeri (Emme Rylan). In addition, just as she was leaving, Jackie received word that her stepson, Dr. Hamilton Finn (Michael Easton) had been shot.

Jackie called Finn’s father, Gregory Chase (Gregory Harrison) who soon made his way to Port Charles to see his son. But Finn is actually much more than just Jackie’s stepson. She and Finn actually had a relationship before she married his father. They even slept together the night before Gregory and Jackie married. Gregory still has no idea about Finn and Jackie’s connection. Finn left his family at the time and never looked back. Gregory never found out that Finn and Jackie were even involved at one point, let alone so soon before they got married.

It seems as though Finn will make a full recovery which is great news for everyone involved. Jackie and Gregory’s son Hamilton Chase (Josh Swickard) will certainly be thrilled. Not only is his brother going to make it, but the family seems to be on the verge of finally putting the past behind them. Although Jackie and Gregory are separated, it seems that the family is on the verge of becoming closer than ever. But Jackie may have a secret that may tear it all apart.

Since Finn and Jackie slept together right about the same time that Jackie married Gregory, it is quite possible that Chase is actually Finn’s son and not his younger brother. When Jackie returns to Port Charles, as happy as she might be to see everyone getting along, it may concern her that Finn will figure out the truth. It would certainly ruin several lives if Jackie’s secret gets out. Perhaps she might try to put a wedge between Gregory and Finn once again in order to keep her entire family from falling apart. Chase would certainly be devastated, believing his entire life was based on a lie.

Will Jackie return to Port Charles soon? How will the newfound closeness between Gregory and Finn impact her possible secrets? And will Chase find out he isn’t who he thought he was? Exciting times are coming to Port Charles, so stay tuned to General Hospital airing weekdays on ABC. And don’t forget to check back right here for all your General Hospital news, information and spoilers!