‘Sister Wives’ Spoilers: Has Janelle Brown Given Her Wedding Ring Back To Absent Husband Kody Brown? 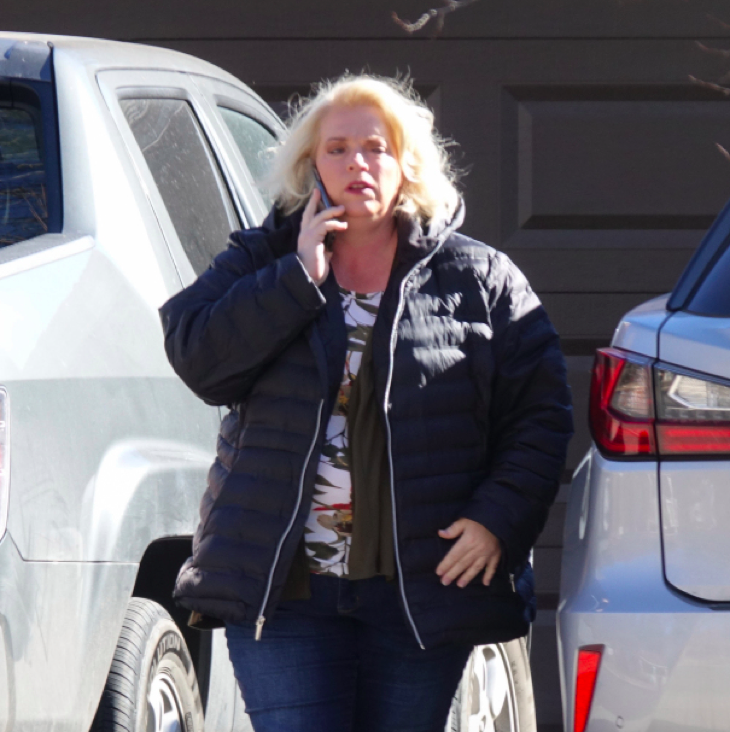 TLC Sister Wives spoilers tease that show star Janelle Brown has popped off her wedding bling and what that means is anyone’s guess! Nosy neighbors are spilling all to the UK tabloid The Sun about the arrangement between Janelle and her husband of four, Kody Brown.

According to the snoopy spies, Kody isn’t coming around that often anymore, and reportedly only visits “once a week,” which may have everything to do with why Janelle allegedly isn’t wearing a wedding ring.

Kody Brown and his four wives (Janelle, Meri, Christine, and Robyn) all live close to one another in Flagstaff, Arizona. In contrast, the Sun has reported that Robyn was recently seen in Flagstaff with her daughter Aurora, and she was wearing her wedding ring.

Apparently, when Janelle recently came home, her husband Kody Brown was nowhere to be found. He has allegedly been isolating with “favorite” wife Robyn, at their $890,000 home that is only a four-mile drive away from Janelle’s abode.

According to someone willing to spill the tea about Janelle, her man (a father of 18), visits Janelle “around once a week. He has not been here very often. We don’t really see him.”

After Janelle came home she was photographed on what appeared to be a friction-filled phone call. Despite the chilly convo Janelle was all decked out in festive gear, wearing Christmas-themed slippers and a puffer jacket. For the record, was wearing makeup and her hair was looking glossy and beautiful.

Janelle lives with her daughter Savannah, and Kody visited Janelle and his daughter before Savannah’s birthday on December 7.

Janelle has worked as a real estate agent and runs her own wellness website called Strive with Janelle.

On her website she tells her fans that she is a health coach having qualified through the New York-based Institute for Integrative Nutrition.

After speculation that wife Meri was done with Kody, she recently posted an Instagram story about not “giving up” on her marriage while admitting to making past “mistakes” in her marriage, Kody’s first of four.

She and Kody legally married back in 1990, but they divorced and became “spiritually” married so that he could legally marry Robyn in 2014.

Be sure to catch up on everything happening with the Sister Wives. Come back here often for Sister Wives spoilers, news and updates.