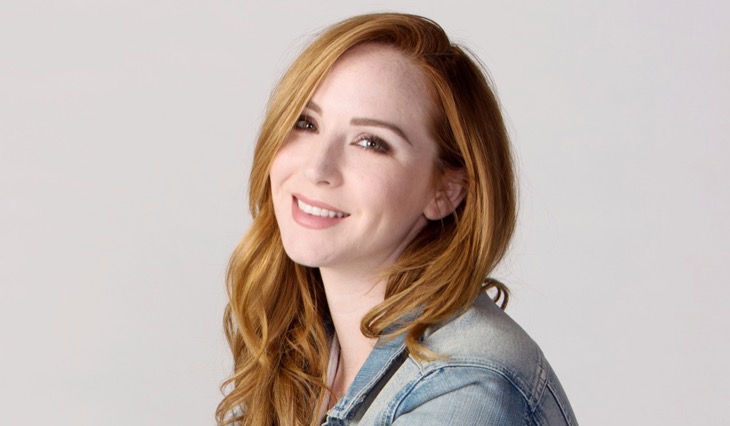 The Young and the Restless star Camryn Grimes (Mariah Copeland) says that she’s an easy target for Joshua Morrow (Nick Newman), but it’s not what you might be thinking. She says that she’s actually an easy target for all of Joshua’s jokes as he is the biggest prankster on the set of the show. We bet there aren’t a lot of fans that knew that about him. Here’s what she has to say.

Because Joshua is a known prankster at the studio, it just so happens that Camryn Grimes becomes an easy target for some of his jokes. But don’t worry fans, because it’s all light-hearted fun. He’s done such silly things like put random things on the walls of Camryn’s dressing room repeatedly for several weeks. He’s also done some other equally crazy things as well.

Recalling the wall pictures, Joshua Morrow says, “There was obviously a lot of thought that went into this because it was very ingenious and not just some typical practical joke. It was months in the making and a lot of care and effort went into it because it was really affecting her.”

Joshua also says that even though Camryn suspected that Joshua was behind the job, he remained innocent, but in his own cheeky way, of course. He continued, “Allegedly I was doing a great job of making Camryn think I wasn’t involved in what I may have or may not have done. However, watching her try to figure out who was behind it was one of the funniest things going on behind the scenes. Watching her wall apart was pretty funny, too.”

Y&R Spoilers – Joshua Morrow Keeps Everyone On Their Toes

Joshua went on to say that Camryn told him that it was one of his most awesome practical jokes and it was pretty clever, too. You just gotta love a man like Joshua Morrow, right? Not only is he handsome and talented, but he’s also someone that can keep you laughing and of course, on your toes, too!